The Council Team provides essential services that assist Scouters as they work to support our youth members’ safe fun adventures. They organize such services as training, information/media services and promotion, and support for program quality and youth safety. 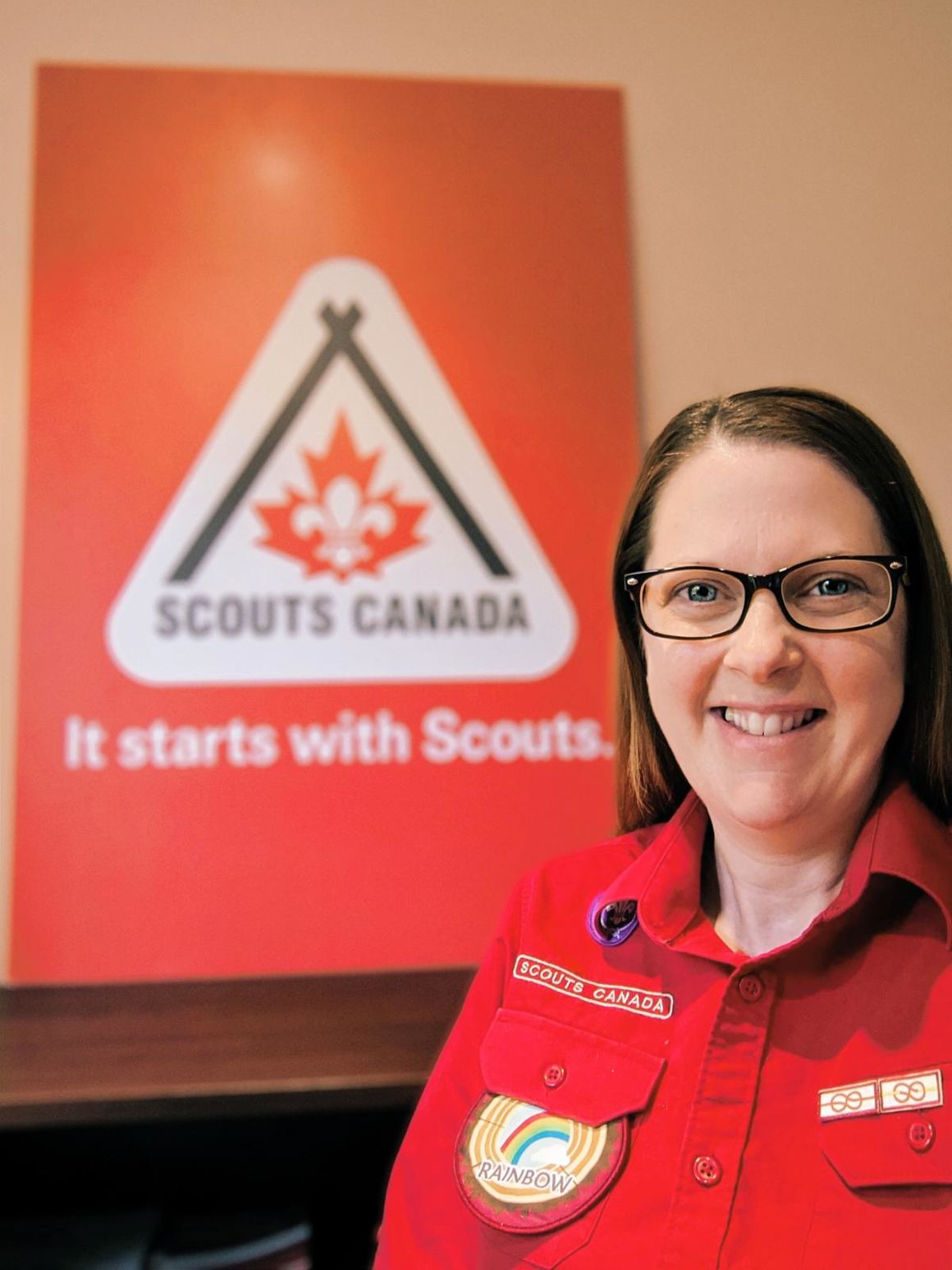 Scouting Relationship Manager
Originally from Trenton, Ontario, Kate now calls Nova Scotia home where she lives with her Husband and beloved dog Weasley. Kate graduated from University with an Honours degree, majoring in Geography and minoring in Psychology (Child Development). She then went on to Teacher’s College in Ottawa, Ontario and began a career in teaching grades 9 & 10 Geography and Resources (Special Education) for grades 1-8.
Kate’s journey with Scouting started 11 years ago, when she first became a Beaver Scouter with a Group in Peterborough Ontario while in University. Kate felt such a connection with the Program, that years later, Kate left teaching to pursue a career in the Organization that spoke so profoundly to her own beliefs and values. Kate has now been with Scouting as a Staff member for 3 years, working with Voyageur Council before moving to beautiful Nova Scotia where she is currently the Council Relationship Manager, and most recently stepping in to the CK3 role in New Brunswick, where she is delighted to be on a wonderful new team
.
Kate has a lasting passion for the importance of Nature in the life of a developing child, as well as diversity, inclusion and making sure every youth gets the most out of their Scouting Experience. She is driven by the philosophy that every youth should have the opportunity to participate in the unique and fundamental opportunities that Scouting provides.
Kate can be reached at kate.larkin@scouts.ca 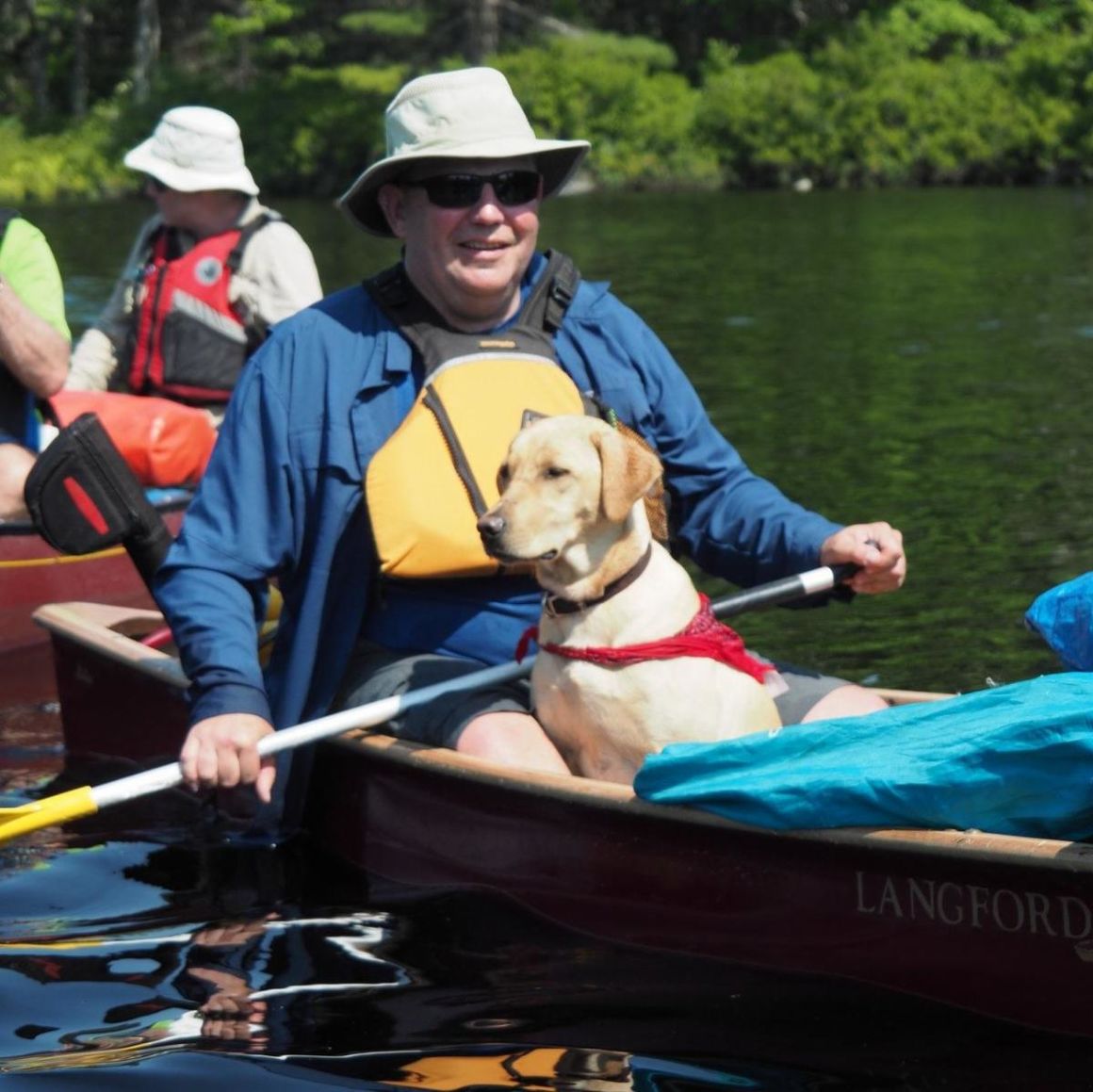 Council Commissioner
A lifelong resident of New Brunswick. Andrew is married with 2 sons who both currently attend university. Professionally, he has a long career in Information Technology at Medavie Blue Cross. In his leisure time he enjoys the outdoors, especially canoe camping and fly fishing.
Andrew started his Scouting experience as a Cub and Scout in Moncton. After university, he played the role of section scouter at the scout level for many years, and once his children joined, he followed them through the program as a scouter with the Cub, Scout and Venturer sections. He has played the role of Area Commissioner in Southeast New Brunswick, attended CJ 17 as Offer of Service and helped to organize AJ2020 as Subcamp Manager.
His experience as a youth and scouter have left him with a real passion for the benefits and experiences that can be obtained from the program. He is excited about Council Commissioner role and views it as an opportunity to connect with scouters and to contribute to ensure that as many youth as possible have a high quality scouting experience.
Andrew can be reached at andrew.holt@scouts.ca. 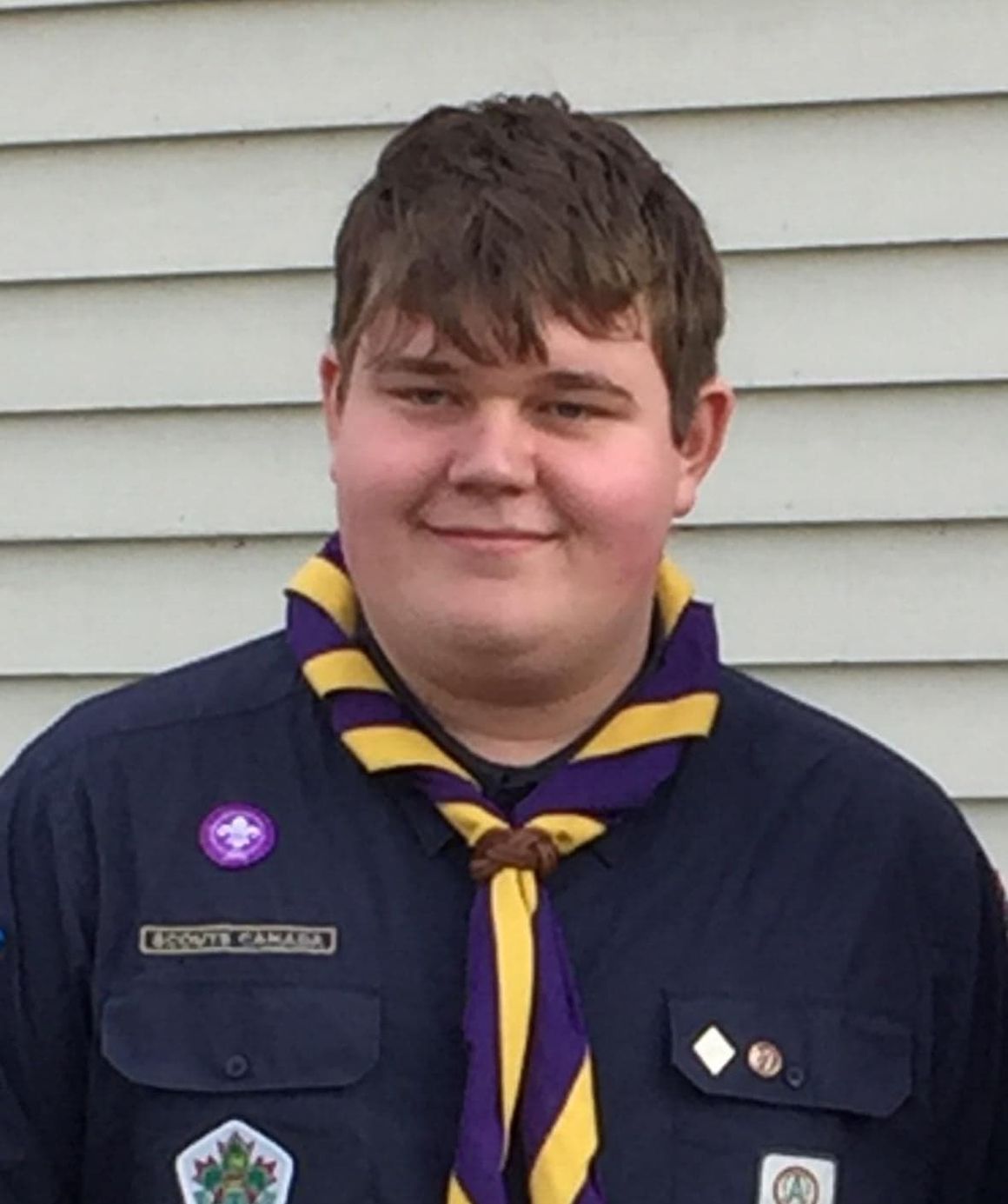 Council Youth Commissioner
Nathan has been involved in Scouting since the age of 6, when he joined the 1st Lincoln Lighthouse Beaver colony. Since then, he has climbed through the sections, of Cubs, Scouts and Venturers. During this time, Nathan had the opportunity to earn his Chief Scout Award, Queens Venturer award, and Duke of Edinburgh Bronze and Silver.
Currently Nathan is Rover Scout with the 1st Rivorton Rover Crew, as well as a Troop Scouter with the 1st Nashwaaksis group in Fredericton.
During Nathan's time as a youth in the program, he held many positions within the group level, including Patrol Leader, Venturer Company President and Group Youth Commissioner, before becoming Council Youth Commissioner in 2018. Nathan had the opportunity to attend Scotia-Jamb in 2015 and the Canadian Jamboree in 2017, where he was able to meet many youth from across Canada and the rest of the world.
Academically Nathan is a second year student at the University of New Brunswick, studying a Bachelor of Science in Forestry and Environmental Management. During his free time, he enjoys camping, hiking and biking in the outdoors.
Nathan can be reached at nathan.benner@scouts.ca

The Council Support Scouters implement the Council Action Plan (related to the National Strategic Plan) and conducts and manages some of the “day to day” operations of the Council. The following Scouters assist the Key 3 as members of this committee.

New Brunswick Council is serviced by a number of staff who stand ready to assist groups and scouters in their day-to-day operations.