In 1908, just one year after Lord Baden Powell held his experimental camp on Brownsea Island in England that led to the formation of the Scouting Movement , William Glover, a coal company official, organized a troop of 10 young boys in Port Morien. The original members were, Alex MacDonalad, Dave McArrel, Charlie MacLeod, Bobby Orr, James Meigher, George McArell, and Scoutmaster William Glover. The last surviving member was James Meigher who passed away in 1991.

It has long been claimed that this Port Morien Troop was not only the first in Nova Scotia but was the first troop in all of North America. There are other troops who claim to have also started in the year 1908 across the country. Unfortunately there is no way to corroborate any these claims asrecord weren't kept until a National Organization was formed in 1912. It's also extremely difficult to trace where scouting started as in the early days of the movement growth was very rapid, so it is possible that multiple groups started at roughly the same time.

Port Morien's claim as the first is fairly widely accepted. In January of 1974 an Ontario Newspaper known as the Kingston Whig-Standard stated in a series called It happened in Canada that "The first Boy Scout troop in North America was organize in 1908 at port Morien, Cape Breton Island, N.S." 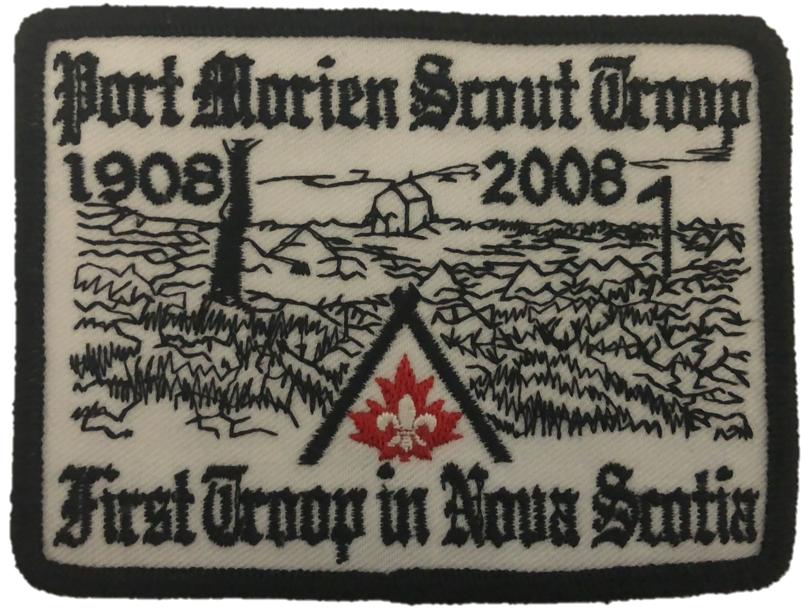 Camp Lone Cloud is an island located on the southern end of Miller Lake in Waverley, NS.  Purchased in 1926, it was initially intended to be used as a regional Scout training site. The island was purchased from the Frank Miller Family. Previously, the island was used during the summers for cattle grazing up until the Council brought it. The island was named by the Halifax Regional Council after Jerry Lonecloud, a Mi'kmaq hunter, healer, and showman.

Many week-long composite camps were held on the island between 1928 and 1930 for upwards of 125 Scouts who bivouacked using army bell tents and shelters. Most of the original cabins were built in the early 1930’s. A series of Adirondacks were built in 1940 and then used for members of the Royal Canadian Navy for the next four years. In the early 1990’s the Adirandacks were replaced with the current, full sized cabins. 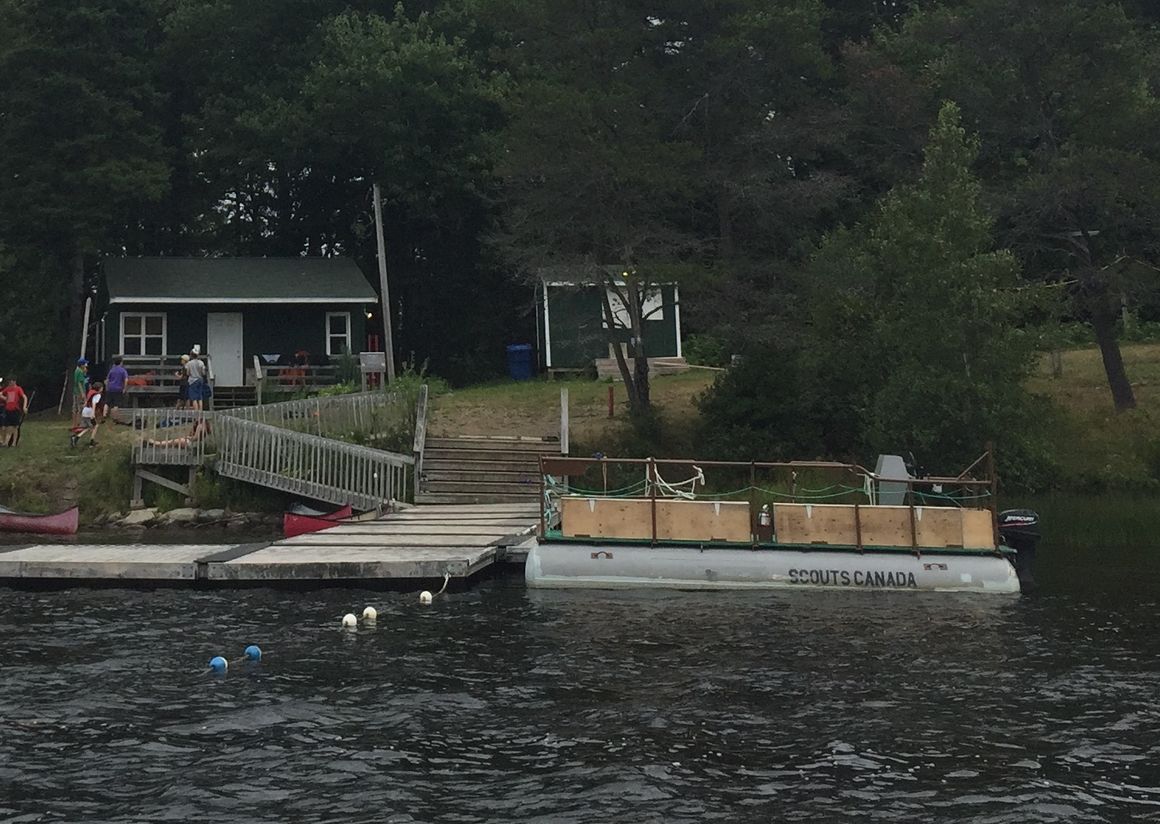 Early in the 1900’s the Scouting Movement was granted permission to use a large parcel of land in what was then called, The Waverley Game Sanctuary, which included the eastern portion of Millers Lake. Cabins operated by various Scout Groups can be seen on Millers Lake to this day.  That area was posted as a Game Sanctuary and was patrolled by The Department of Lands and Forest on a regular basis.  The use of time clocks made sure that the person who was appointed and sworn in as a Game Warden, by the Government of the day, made their patrols on a regular basis.  It wasn’t uncommon for the warden to show up at any given time.  That warden would check the group by recording the Scouters names and the number of scouts that was with them.  That way the Scout office and the Department of Lands and Forests could keep track of who and how many people were using the area.

The Frank Miller family operated a saw mill a little ways from the current concrete damn built by Nova Scotia Power in 1932. A number of the cabins at Miller Lake built between 1929 and 1930 were built using lumber provided by the Miller family. Some of these cabins included 1st Halifax, 3rd Halifax, 17th Halifax, 18th Halifax Cabins as well as the Ranger’s Cabin.

When the current concrete dam was constructed it raised the water level of the lake by 2-3 feet causing flooding in the northern end of the lake. This flooding resulted in “floating islands” for a few years  before they broke apart. These floating islands were as long as 50 feet and would drift around the lake. One drifted to the small Brooke by the 18th Halifax Cabin and stayed there for about a year. 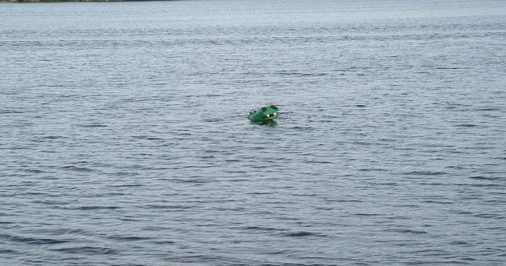 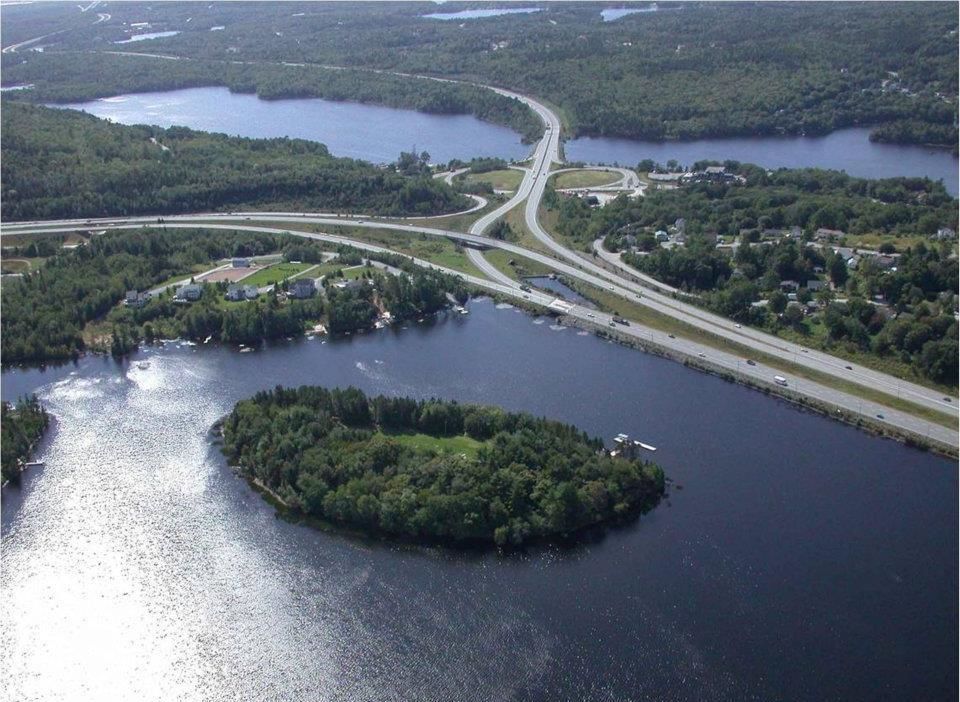 Many who have been to Camp Lone Cloud, will have gotten there on the Camp Lone Cloud Clipper pontoon boat. The Clipper was named by Akie Akerlund, due to its great speed as the main means of transportation to the island that summer. It was built by Stuart Industries for $1200, and this included the motor. The Clipper was first launched on April 10, 1966.

Also in 1966, the 100 foot kitchen waste disposal bed was dug and installed underground and runs roughly south of the kitchen. The current cookhouse and kitchen were built in 1970 into 1971. After receiving some funding from the Halifax Regional Municipality in 1999 and into 2000, the current washhouse was built. 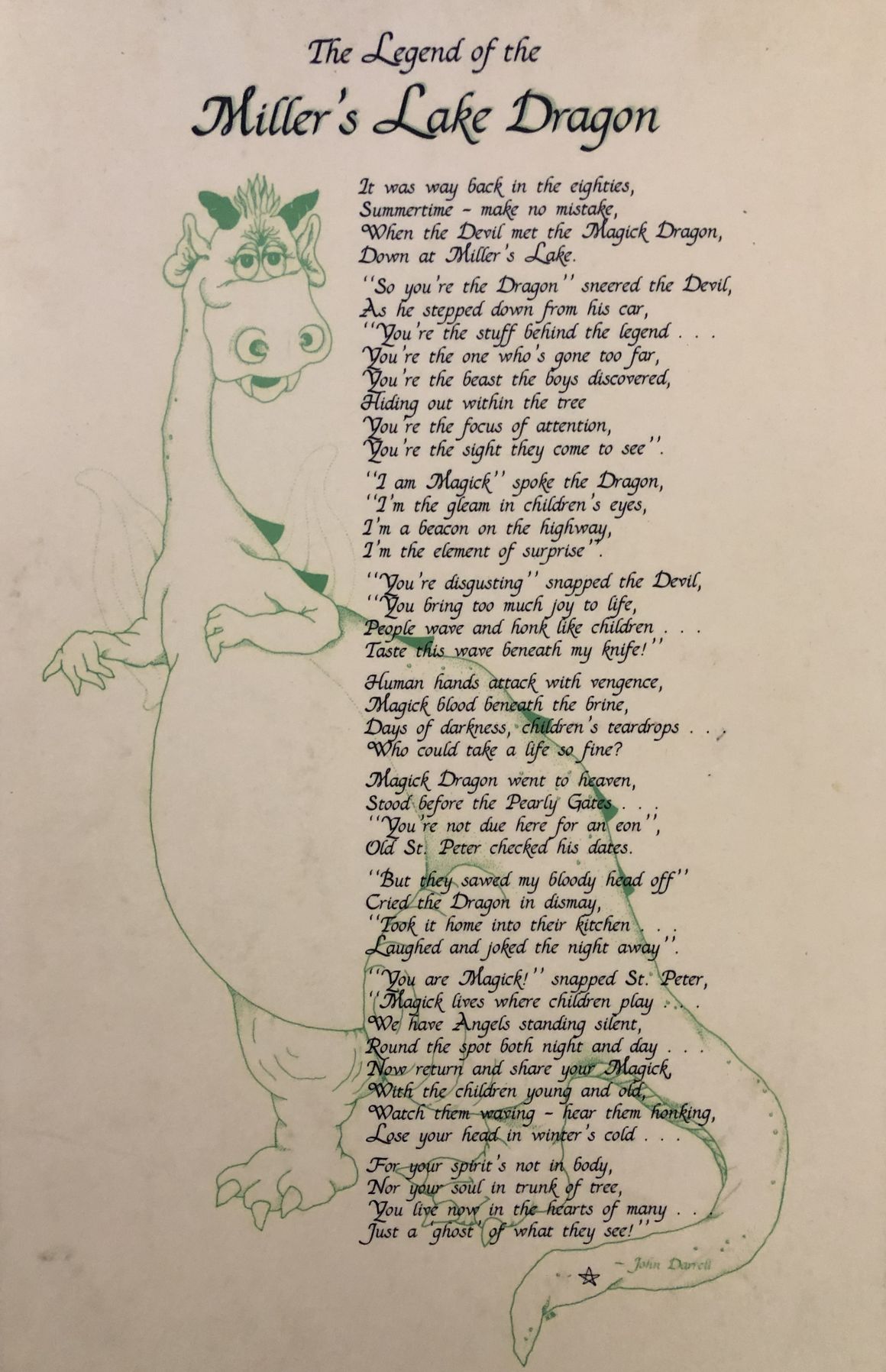 Many Scouts and Scouters that used the area would be familiar with the story of Maggie Miller and the dragon, Emily, that lived in Millers Lake and it still is a very well-known folk lore today.  That story of Maggie Miller and Emily made many a youth want to turn in after that story was told around a camp-fire.  Emily lives in the lake between Cub Island and the 102 Highway during the summer months.

The Tweedsmuir Room initially opened in 1940 and welcomed Scouts and Scouters from all over Canada and the world. This room was originally located in Halifax at 178 Hollis Street, however this space quickly became inadequate for entertaining.  Scout Headquarters were then moved to 576 Barrington Street where fine quarters were provided. There were extensive renovations completed by the Council President of the day, W. C. Nickerson (who happened to also be the owner of the building). Once the renovations were complete the Tweedsmuir Room provided a Scout hostel second to none until closing in October of 1945

In a 1945 publication of The Scout Leader, it was stated that visitors from the maritimes, Quebec, Ontario, Manitoba, Saskatchewan, Alberta, British Colombia, Great Britain, New Zealand, the USA, Russia and South America had signed the logbook during 1944 alone. There was a total of 1137 registrations, however there would have ben a number of people who returned and came multiple times that year and would only register once.

The Tweedsmuir Room was named after Lord Tweedsmuir, Canada's 15th Governor-General (and therefore Canada's Chief Scout) who served from 1935 to 1940. He wrote such masterpieces as The Thirty-Nine Steps. He had spent two years on the staff of the High Commissioner to South Africa from 1901-1903, working on the construction of South Africa after the Boer War. Thus it was very likely that he knew Baden-Powell, who was in charge of the South African Constabulary at the same time.  His term as Canada's Governor-General ended early when he died in February 1940 while undergoing surgery for a head injury sustained in a fall after having a stroke. He was the first Governor General of Canada to pass during their time in office since Confederation. 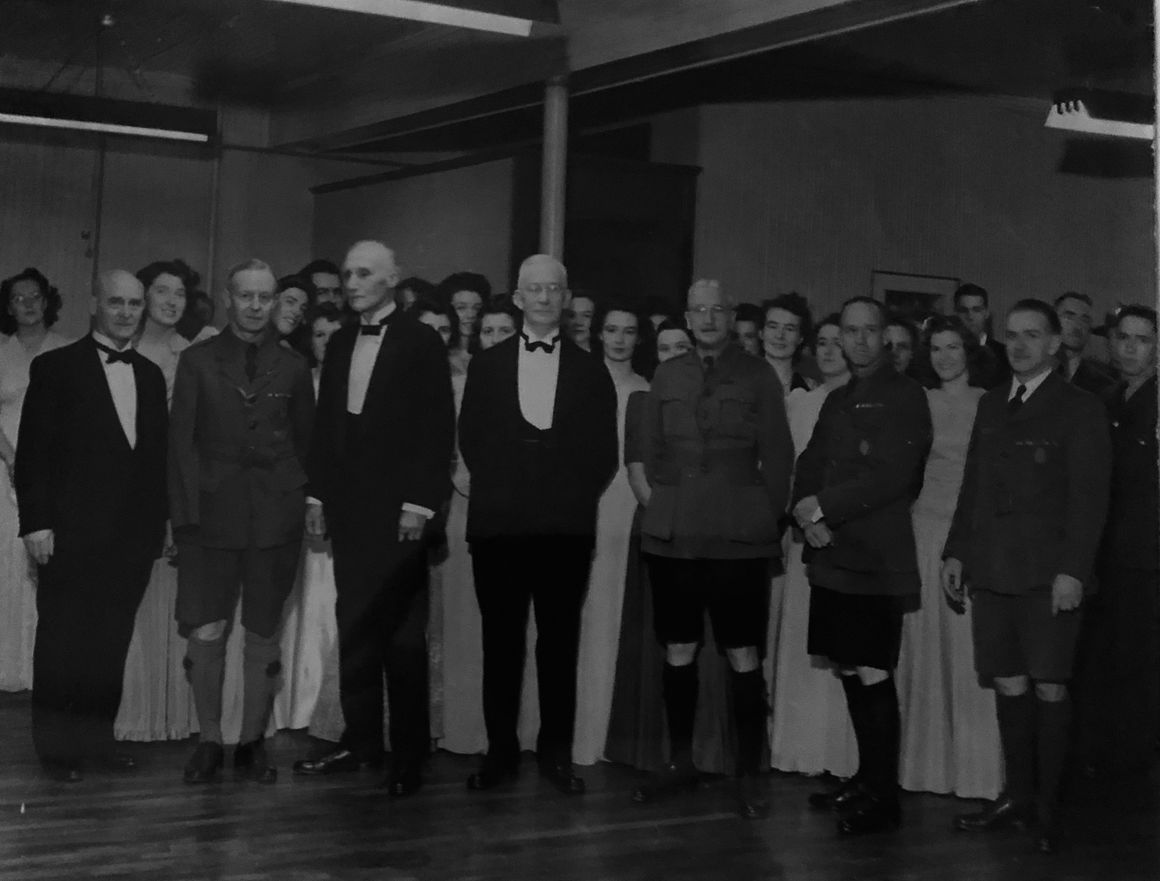 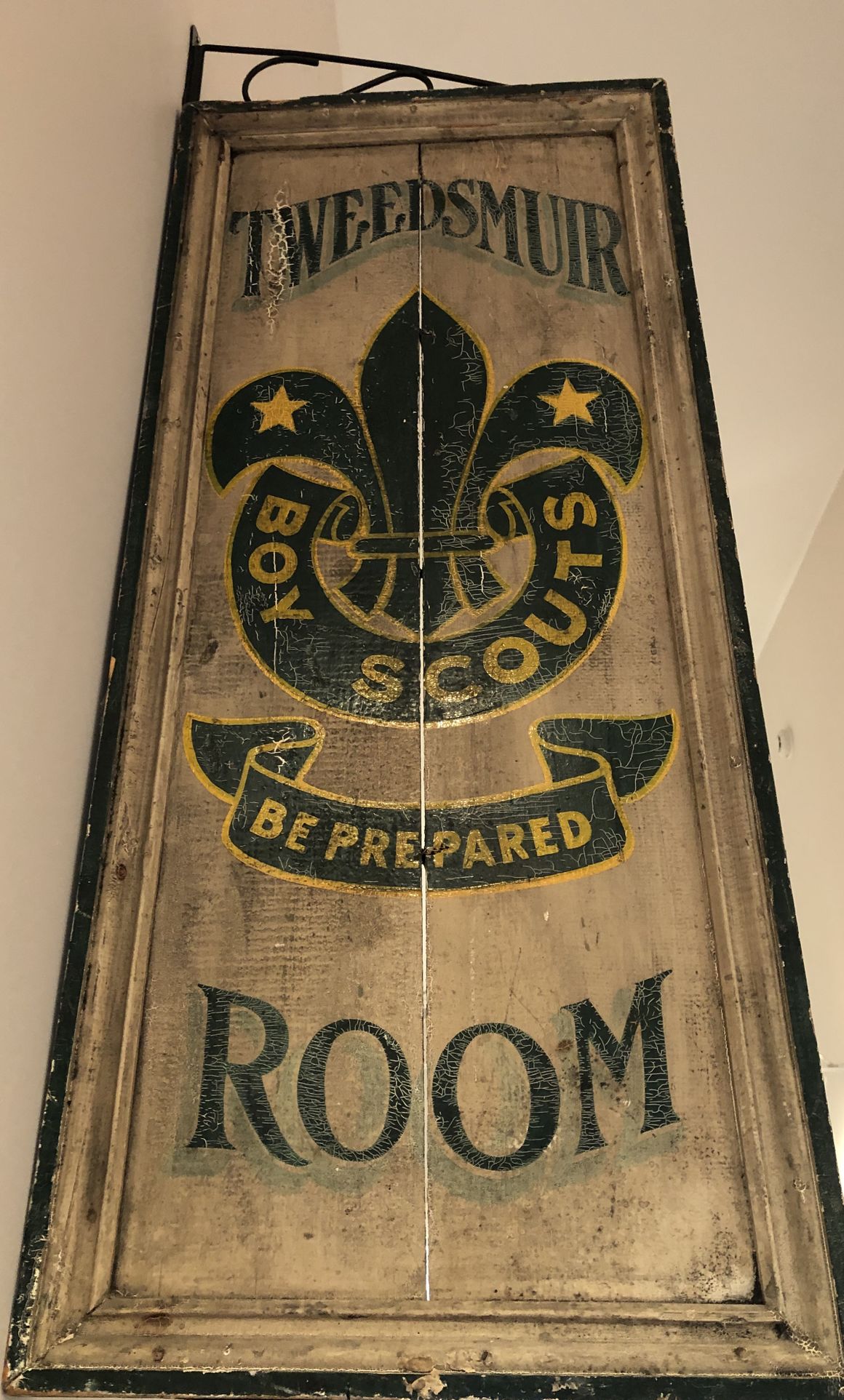 The 1st Nova Scotia Jamboree was held July 15-22, 1967 at Camp Nedooae, then known as Brown's Lake. It wasn't an overally large Jamboree compared to International Jamborees but it still had about 1600 Scouts in attendance. It's interesting to note that of the three Provincial Jamboree's taking place that same week in Canada, the one in Nova Scotia was the largest. The 1967 Saskatchewan Jamboree had 1500 in attendance while the Alberta Jamboree had 1300.

The Brown's lake site was brand new then; the Council of the day only had one year to prepare the site, which included the creation of 250 campsites.  Each patrol was assigned to a 200 ft by 125ft site that had been cut, cleared, bulldozed, and seeded out of virgin forest. 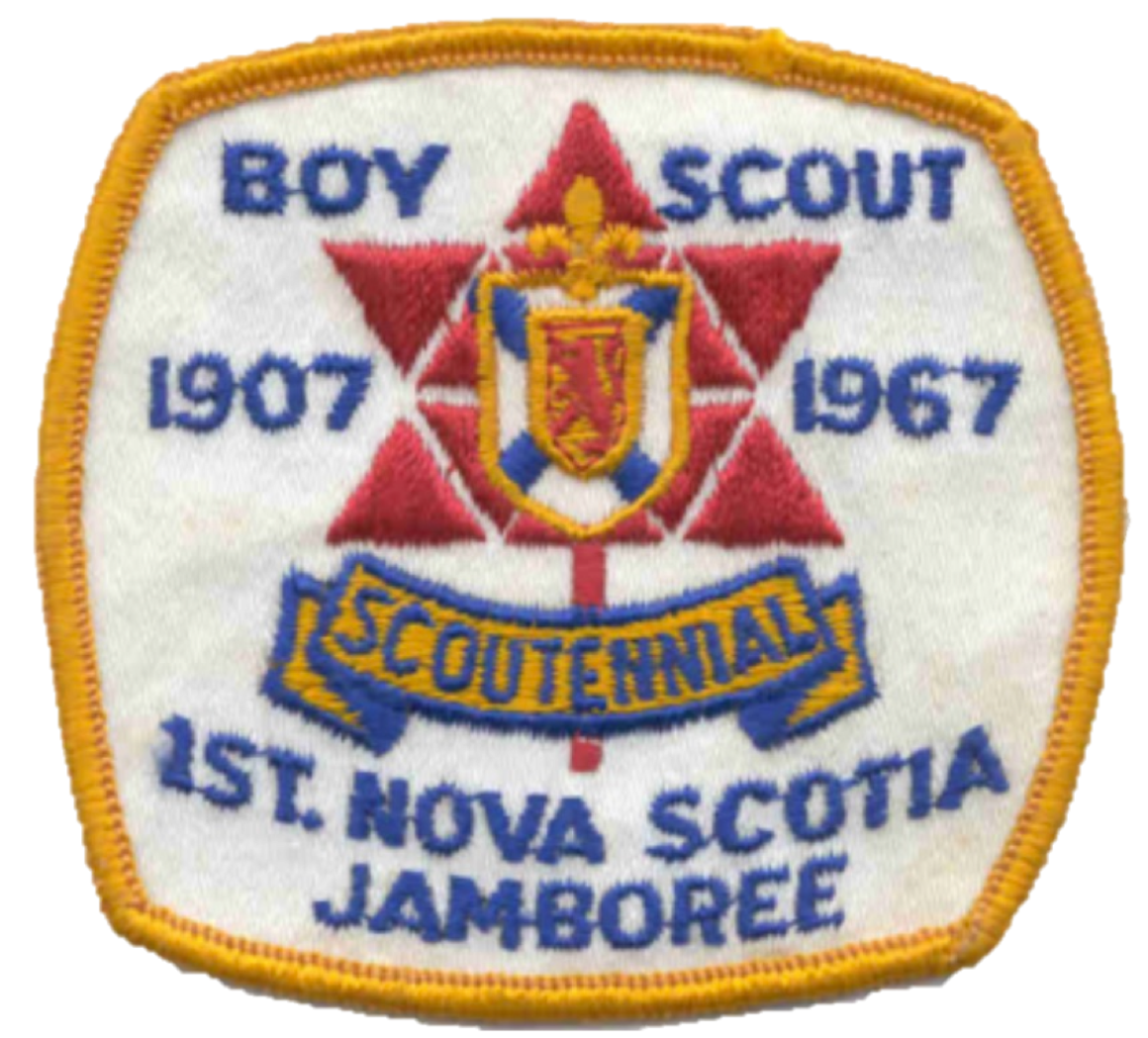 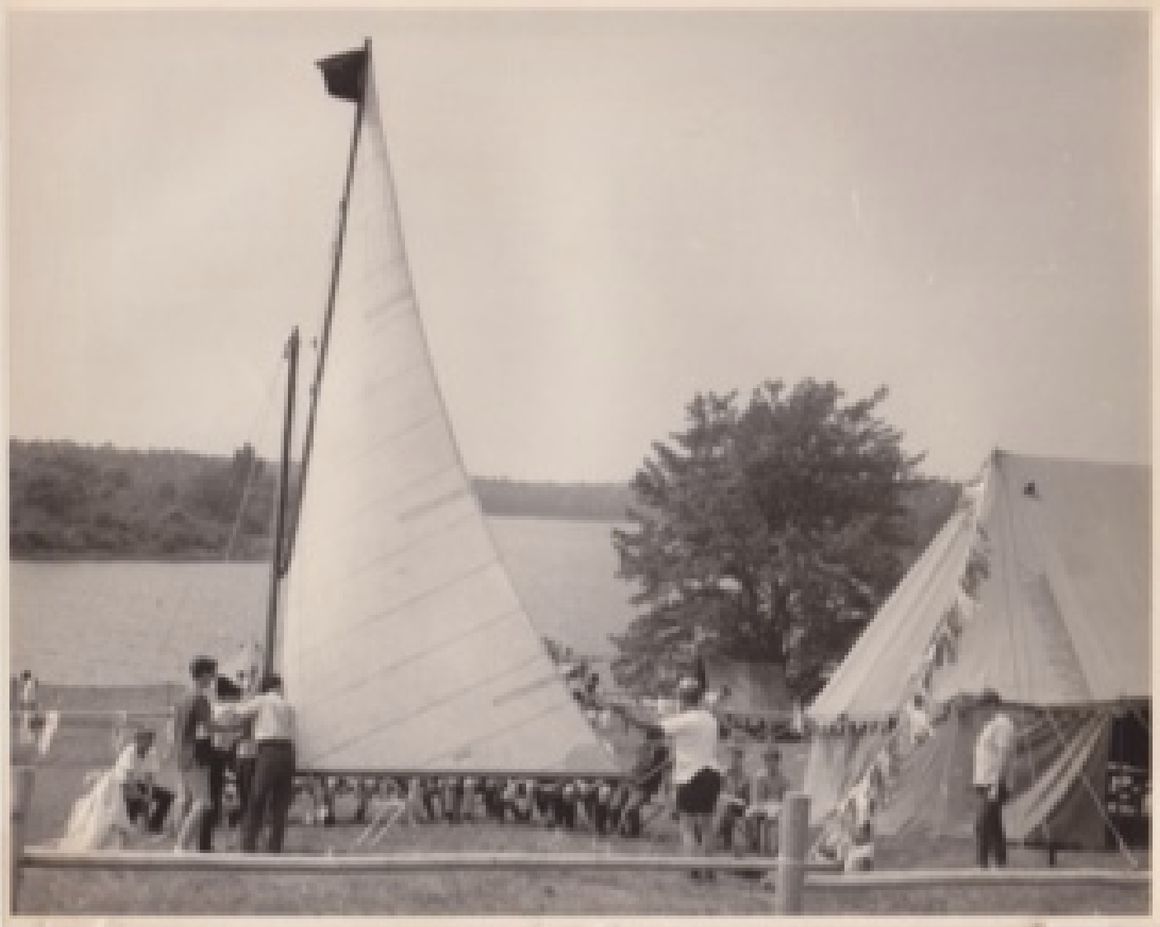 Scouts and Venturers alike were able to find program activiteis that were appealing to them. Of the 35 program activities offered, each proved to be enjoyable and challenging one. Some of these activities included archery, trap shooting, scuba diving, log burling, tub racing, boat building, a black smith's shop, fire fighting, nature study, hobbies, model aircraft flying, casualty simulation, map and compass reading, waterfreont activities, and a ten mile trip where scouts would be challenged through skill testing activities. 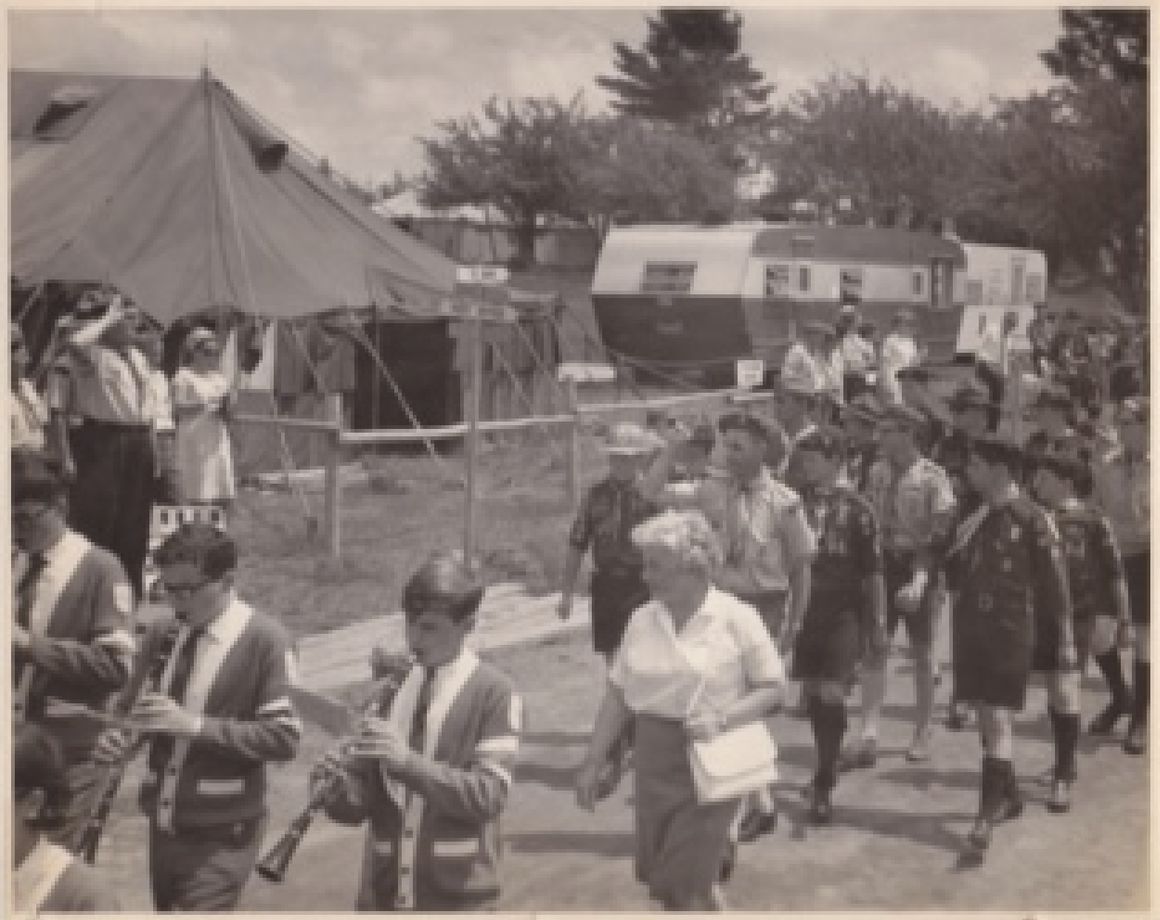 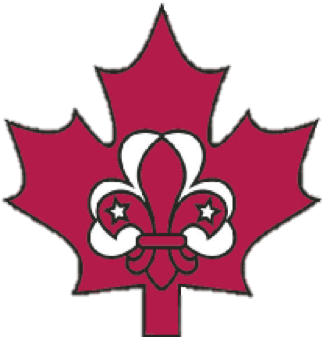