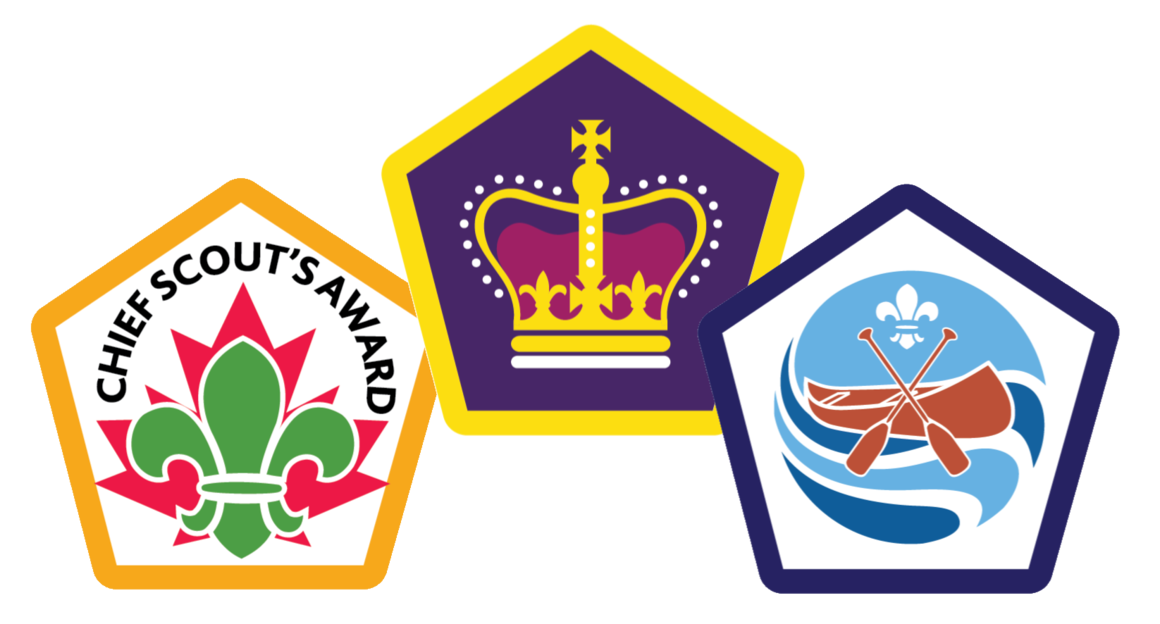 Congratulations to all of the Chief Scout, Queen's Venturer and Canadian Rover Scout Award recipients this year! This year has brought challenges that were new to us all and you have overcome and excelled in your scouting efforts by achieving these awards. You should all be extraordinarily proud.

Connor is a student at Memorial High School in Sydney Mines, NS. Along with the Scouting program, Connor is a Sargent with 1917 Vimy Ridge Army Cadets.  Connor started out in the Scouting program in Beavers. He enjoyed his time in Beavers and from there, he moved up to Cubs. In Cubs, he achieved many badges and learned many skills. When he aged out of Cubs, he went into Scouts where sadly he finished his Scouting time (as Covid hit and no Venture groups running). Throughout his time in the Scouting program and in cadets, Connor has done an amazing amount of Community service such as the Christmas Kettle for the Salvation Army, the Poppy Campaign for the local legion, help out at various festivals, and collected money for the food bank at the local grocery store. Connor is a very a  thoughtful, helpful and kind person who has done everything required to achieve his Chief Scout Award. 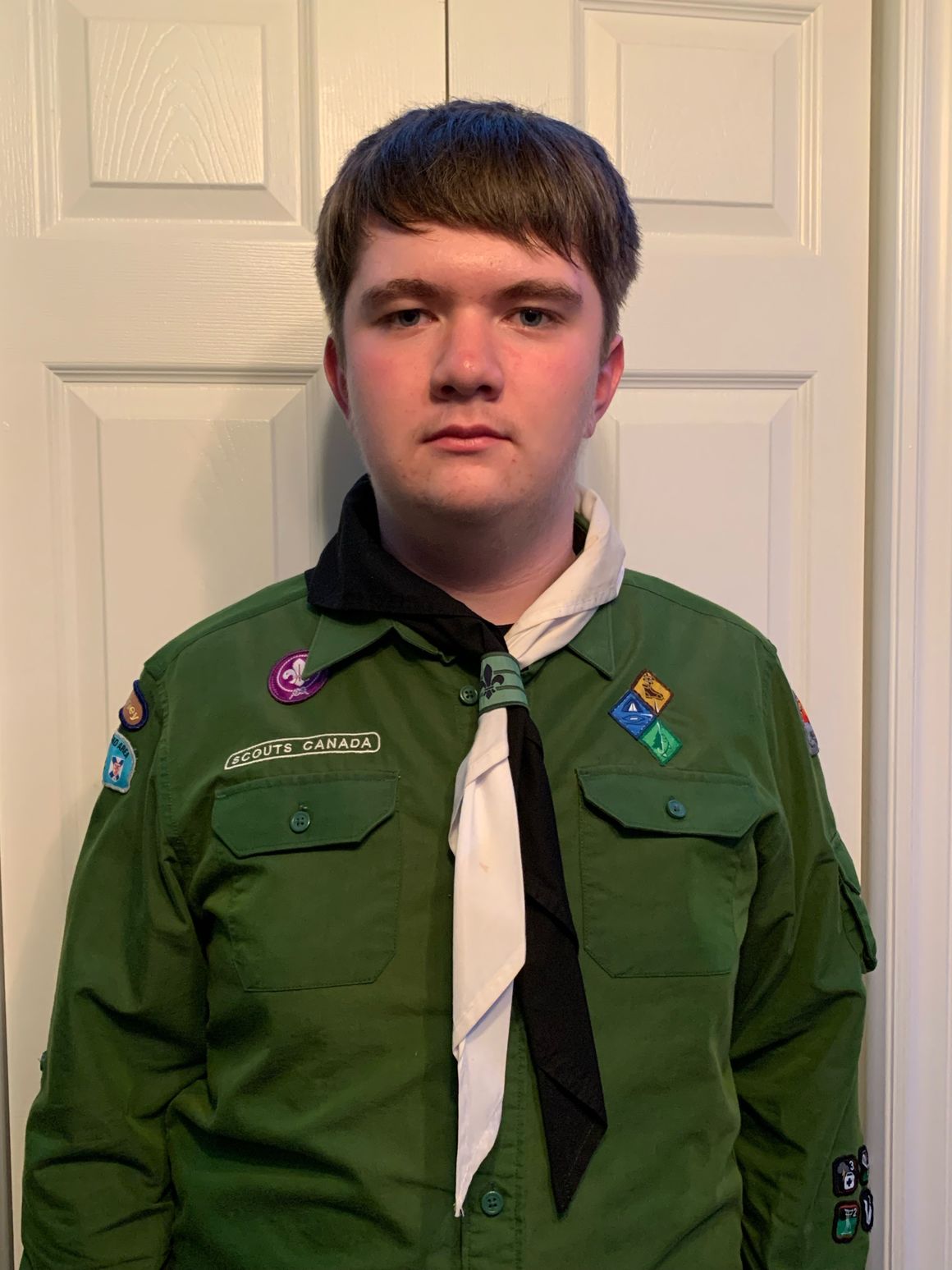 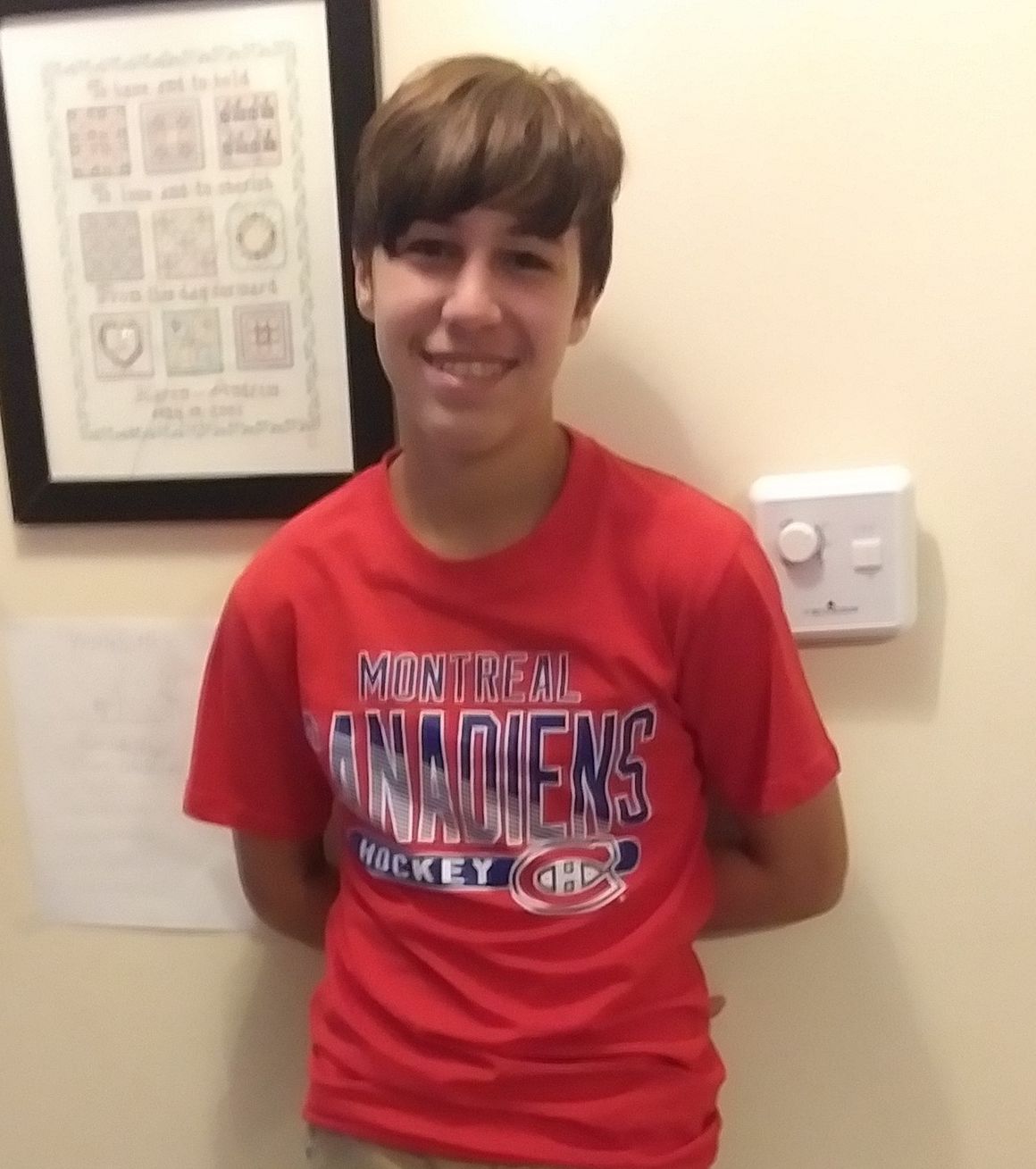 Adam successfully completed his Chief Scout Award in his third year of Scouts. To achieve his Chief Scout Award, he planned an overnight hike to the Bluff Trail and also ran volunteer stations at the Haunted Hallow, an annual fundraiser for community groups in Hammonds Plains.  Adam will be moving up to Venturers in the fall and will be starting Grade 10 at Halifax West. He has learned a lot during his time with 2nd Fairview Troop and looks forward to many more outdoor adventures!

Adam joined the Troop in September of 2017.  Even though he followed his older brother into Scouts, Adam came into his own while working with all of the other Scouts. He came to Scouts with a good set of outdoor skills and ethics.  In Scouts he has improved his skill set and learned how to pass along what he has learned to the other Scouts. Adam has been with the Troop though all the tough events, the long hikes, and even all the adverse weather conditions that we have camped in.  He has grown by leaps and bounds as a person during his time in the Troop. The skills he has learned and honed at Scouts will no doubt stay with him throughout his life.

Adam, on behalf of all the Scouts and Scouters in 1st Woodlawn Troop we would like to congratulate you for achieving the Chief Scout Award. 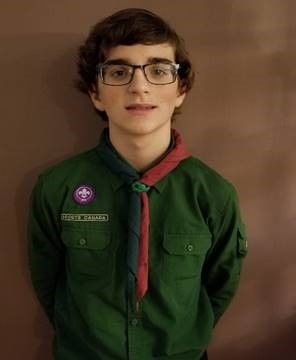 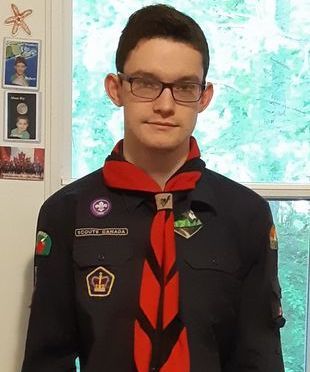 Robert Kennedy has gone through all the scouting  levels in 2nd Berwick  including his Chief Scout Award in Scouts and  received his Queens Venturer Award in February 2020 at our 2nd Berwick Scouting Group BP Banquet. Robert is graduating for grade 12 this spring from Central Kings High School and has plans to attend Acadia University this fall to study sciences and become a weather meteorologist. He has had lots of practice over his years in high school by giving weather reports with the daily school anouncements. He is actually quite good at predicting when there was going to be a snow day during the winter time. Along with his activities he is a member of the Wolfville Tritons  Swim Team. He would also help with the junior swimmers starting in the program. He is also involved in being a camp councillor at Camp Brigadoon  a camp that works with children and youth living with health conditions. He also has a green thumb and finds time to help people with planting flowers and gardening. If that is not enough he also has worked  last summer and this coming summer at the canteen at the Valley Dive Inn theater. His life is proof of the Scouting Program is all about.

Landon Barkman had joined the 2nd Berwick Venturer Company in the fall of 2017 after moving to the area with his family from Western Canada. He experienced a brief encounter with scouting in Europe with his family and when they came to the area he wanted a challenge. He received his Queens Venture Award in February 2020 at the 2ND Berwick Scouting BP Banquet while in his first year as a member of the 2nd Berwick Knights of the Kings Crusaders Rover Crew. While in high school he spent much time volunteering with schools groups on trips abroad helping with building whatever buildings needed to be in the areas in which they went. With his families strong religious beliefs he is always an asset to have in helping with that part of the scouting program. With a strong family support he is also great in working with youth in the younger scouting sections. After graduating high school he continues to working the construction sector learning the trade. He is strong in his beliefs and carries on the true meaning of what the Scouting Program is all about. 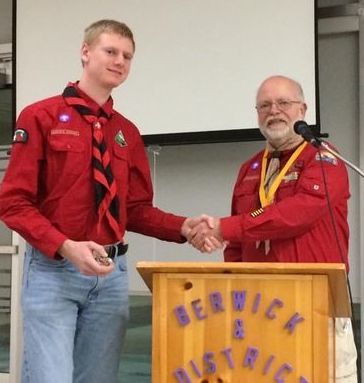 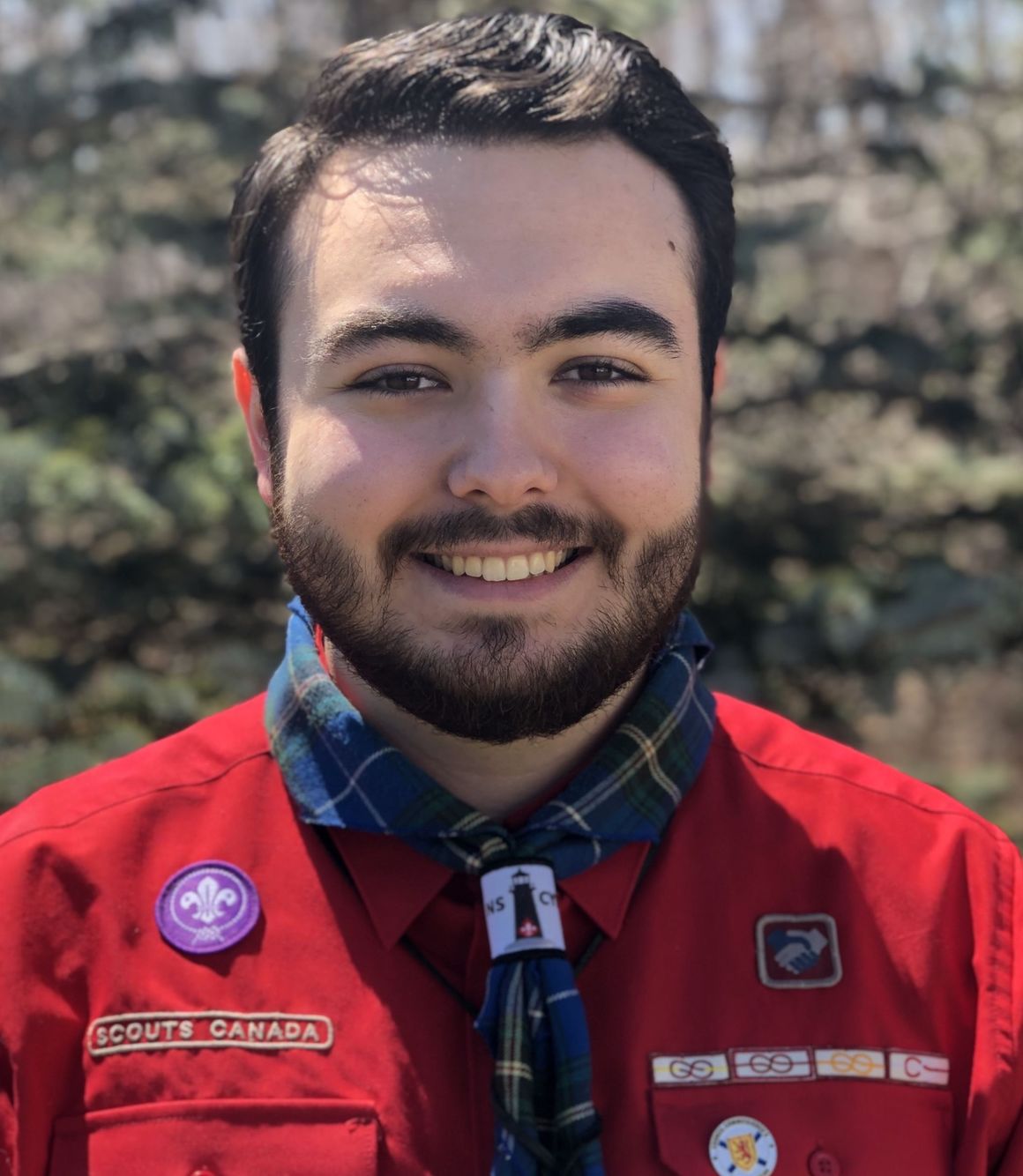 Currently, Justin is attaining his Bachelors of Commerce at the Sobey School of Business at Saint Mary’s University. Aside from classes and  being a Rover Scout, Justin is also a member of the Scouts Canada Leadership Team, the Nova Scotia Council Communications Lead, Group Support Scouter in Halifax, as well as a Colony Scouter in Halifax.