The 9th Surdel Venturer Scout Company often plans summer expedition that is long awaited by everyone involved. When deciding what adventure to do, we consult our company motto, Challenge, and decide from there. Last year we decided on a caving expedition on Vancouver Island.

After many months of planning, our four-day adventure came to life. We arrived at our campsite just outside of Tahsis, a small village of 316 people, and set up camp. we met with our guide, Martin Davis. He explained that we would be exploring the Weymer caves, the most extensive 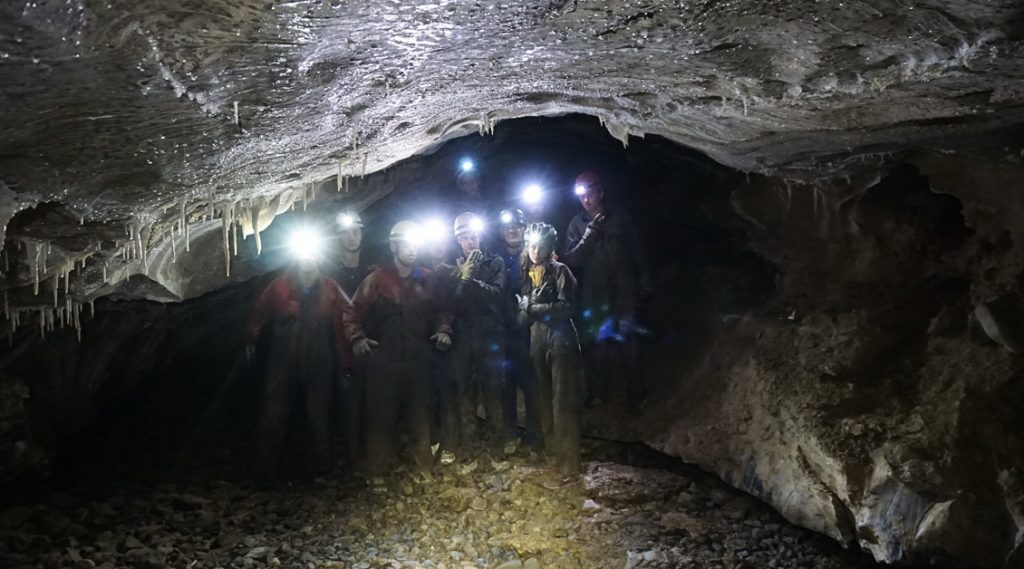 known cave system in Canada. The next morning we suited up in overalls and piled into four-wheel drive vehicles to head up an old logging trail toward the caves. Eventually we had to park the cars and walk the rest of the way. At last we arrived at the mouth of the cave. We spent our first hours exploring big caves and chambers, climbing down small ladders and traversing underground creeks using rocks. The entire company soon learned the basics of caving and how to handle themselves.

In the next cave we came upon our first challenge: a path that involved a lot of crawling through mud and squeezing through really tight places. Excited by this new challenge the entire company decided to give it a try. Following closely on Martin’s heels we set out. The crawl was fairly long through wet mud. It was slow going at some points because of the closeness of the ceiling, and after some distance we were met with the arduous tasks of scaling rocks over rapidly flowing water. We stretched out over them and climbed up a mudslide that shifted every time you moved. Finally we exited the cave after what seemed like hours, fatigued but happy. 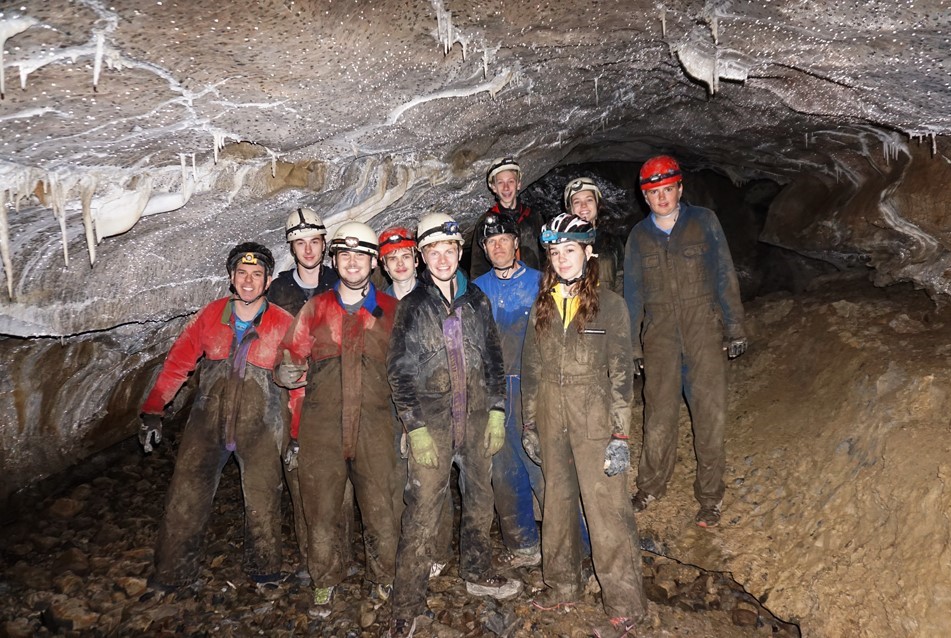 The next morning we returned to the caves. Martin explained that at a certain point there would be two paths. One would lead to a dead end (unless we were more experienced and had rope equipment). The other we could follow for miles and we would have to turn back at a certain point. Once inside, we were greeted by a tight crawl followed by a rope. After a crawl across rocky ground we ended up in a big chamber that connected to another chamber where we would finish that leg of the trip.

We had to crawl through a ten-foot passage so narrow it was difficult to move your arms or legs.

At this point we were presented with our biggest challenge yet. We had to crawl through a ten-foot passage so narrow it was difficult to move your arms or legs. We all made it through and we emerged beneath a waterfall in an amazing chamber that went up and up and up. Our guide explained that only about 50 other people had ever stood in that room. This amazed us, and we wer
e glad we had chosen to explore these caves. We were also faced with a new challenge: we had to return the same way we had come. But we did, returning on our hands and knees through the passage. 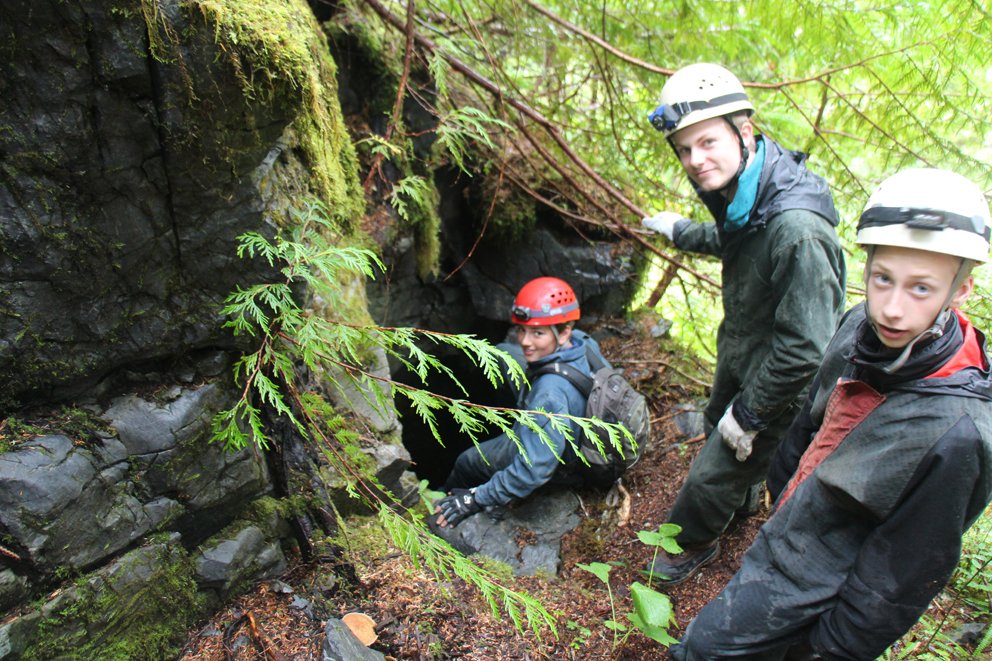 Soon discovered a new experience: climbing a boulder field. Prior to this, we’d only gone down or straight along passageways. Now we had to make a
difficult and dangerous climb. The surfaces were often slippery from the moistness of the caves and the mud we ourselves were tracking through. Carefully, we all made the climb, and after a small trek, we were back at the first chamber we had visited, except this time we were 35 feet above the floor! The only way to continue was along a slanted rock wall with only a rope to provide support. It took a while but we shimmied along the wall and afterward we arrived in a chamber containing 1000-year-old stalactites. We were repeatedly told by our guide not to touch or break them because even the smallest had taken hundreds of years to form.

At this point we turned around, as the way forward required skill we did not yet possess. The return trip passed quickly, now that we knew what to do. We exited the cave and returned to camp. Our guide let us know that what we had just done was relatively easy stuff (though it didn’t feel like it at the time) and that caving was one of the few sports where you explore new things and you’ll never encounter the same thing twice.

I am eternally grateful that I got to experience this adventure and learn how to navigate slippery rocks and tight squeezes. This adventure helped solidify for the entire 9th Surdel Venturer Scout Company the true nature of the Venturer Scout motto by challenging us to get out of our comfort zone and explore nature like never before.

#ScoutsRemember and Recognize the Value of Supporting our Veterans
MyAdventures Blog

#ScoutsRemember and Recognize the Value of Supporting our Veterans

Bring-a-Friend Events: Not Just for Beavers and Cubs

A New Spark for the Scouting Program