A leader is someone who can work with a group of individuals and make the people’s lives around them better. We are thankful each day to have so many great Volunteers in Scouting. Without our Volunteers, we would definitely not be able to function as the largest youth serving organization in Canada, or do all the great things we do as Scouts. Some of our Volunteers go above and beyond and one of those people, without any question, is Owen Paetkau.

Owen started his Scouting life as a Beaver Scout in Fort McMurray and from that point on Scouting has been a significant part of his life. He went on to become an Area Youth Commissioner and a Council Youth Commissioner. He was also a member of the Youth Spokesperson team, making a great impact on the province of B.C.

Only being 21 years old, Owen has accomplished so much. His favorite part of volunteering as a Scouter would be the impact he has on his youth. He particularly enjoys building that connection with other youth members. For example, he takes the time to train new Youth Commissioners so that they are more prepared for their tasks. He feels that it is his “civil duty” to help the youth as this is how his parents raised him.

Outside of Scouting, you could find Owen doing other volunteer work in the community. He spends his time helping at the Heart and Stroke Foundation, coaching the under 18 Ultimate Frisbee team in his area, training youth in various tasks and finally managing all his Scouting roles.

Owen was fortunate enough to attend the national AGM meeting a few years ago. There he was given the opportunity to travel to Madagascar and assist in building a school there with access to fresh water. One of his biggest lessons he learned from that service trip was that people living in extreme poverty were still happy. The young Scouts that he met that didn’t have very much always had smiles on their faces. One distinct moment of that trip he remembered was when the local Scout Group had put on a camp fire for them. They burnt rubber tires as wood was hard to find and not available. He noted that the smell was terrible but at least you knew how long the fire would last as the rubber would only burn for a certain amount of time. He has said it to be one of the most memorable events in his lift.  Owen was then given the opportunity to go to Madagascar for a second time and it was so life changing that he finds it hard to express and describe what he felt. Through this experience he was able to appreciate life more.

Also through Scouting, Owen got to visit the United Arab Emirates where he met people from 90 different countries. The King of the UAE even paid for his 10-day trip as Owen was representing Canada. Through volunteering and being so involved in the Scouting movement, Owen has been able to participate in life changing experiences.

Scouting has allowed Owen to have great adventures and has given him the tools to be the leader he is today. Without Volunteers like Owen, Scouting would not be the organization it is today. Owen would like to encourage more people to volunteer as it is not only a self-rewarding role, but a great way to put yourself out there and try new things. As Owen says it is all about, “getting your foot in the door.” On International Volunteer Day, and every day, we would like to thank our Volunteers like Owen for making Scouting possible for so many Canadian youth. 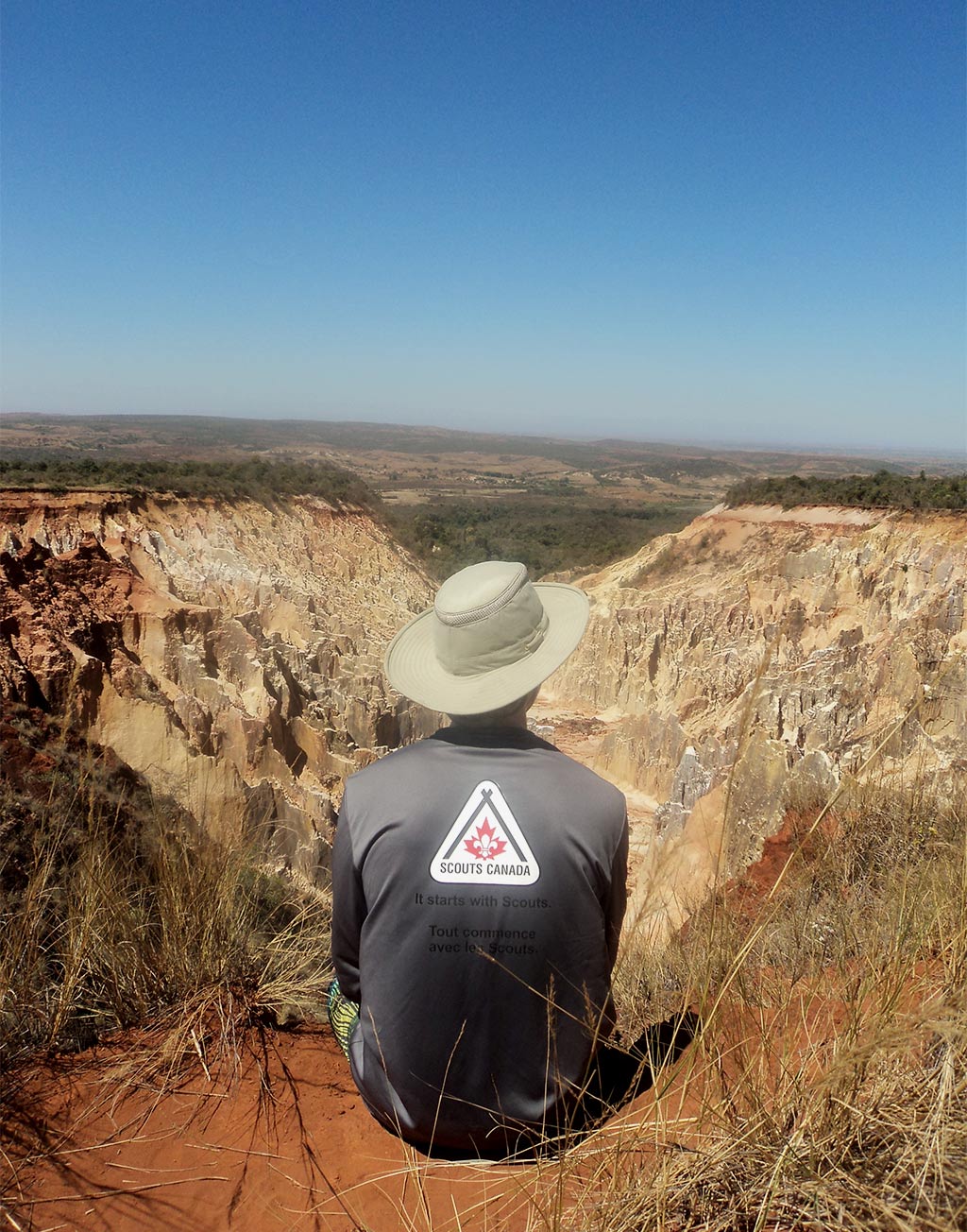 Scouts on the Shoreline
MyAdventures Blog

Scouts on the Shoreline

Scouts Canada – January 16, 2018
How to face your fears & overcome obstacles like a Scout
MyAdventures Blog

How to face your fears & overcome obstacles like a Scout

Jeff Schroeder – March 21, 2016
Scouts Give Back Over the Holidays
MyAdventures Blog

Scouts Give Back Over the Holidays

Welcome to Your New World!

Nakita Cheung – August 26, 2016
Why the Queen's Venturer Award is important to me
MyAdventures Blog

Why the Queen's Venturer Award is important to me