The word jamboree comes from the Swahili word “Jambo” meaning hello. A jamboree is a large assembly of Scouts held at camp for a week or more.

Jamborees are a way for Scouts to meet people with similar interest from all over the country and the world. A jamboree is an incredible experience for young Scouts where they learn important leadership and camping skills while having fun. I attended my first jamboree in the summer of 2015, in my second year with my Scout Troop. It was being held in Nova Scotia, so as a Troop we took advantage of this opportunity to explore a province many of us had never visited. 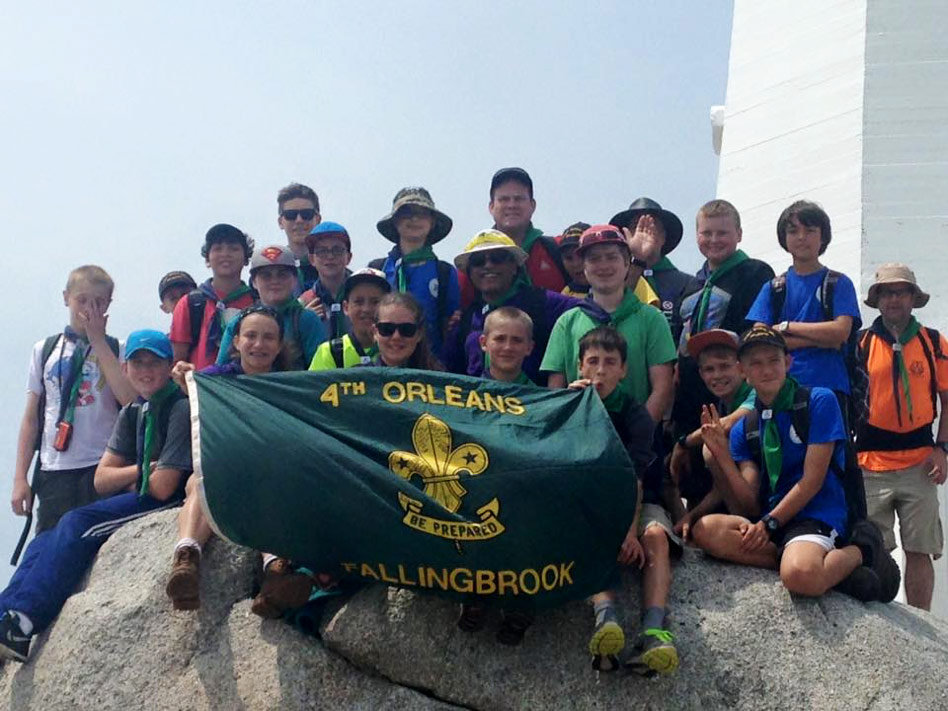 The leadership team is a key element of a smooth trip. Our team consisted of a Troop Leader and three Patrol Leaders, who spent several nights at the jamboree discussing problems that had come up that day and how we would avoid them in the future. These meeting usually took place at 11 o’clock at night. Thinking back, by day five our decision making skills weren’t great but we always completed the review. It was a lot of work for the Patrol Leaders and the Troop Leader. We made sure our Patrols were fed, that they had done their part of the cooking and clean up, that they were okay and having fun. The best way to prepare your team for the massive task of being a Patrol or Troop leader at a Canadian Jamboree is to give them that responsibility at a camp before you leave. Have them make the menu, choose the location, decide on the activities, communicate with the parents, and more.

Before leaving on your trip, verify that all the Scouts are well educated on the climate of your destination. Canada has a wide variety of climates that range from tropical to arid to arctic. You need to ensure that your Scouts understand the difference traveling to a different province can make. When we went to Nova Scotia, we didn’t realise that it is colder there than here in Ottawa. Because of this, the nights are much cooler and it got cold enough to sleep in a sweater and socks. Also, it is much windier in the Maritimes because of the ocean. Our dining shelters had no walls so when the wind was really bad we needed to anchor them to our tables. All in all, being prepared for the weather is a huge factor in the success of a camp.

Additionally, educate your Troop on the city you will be visiting. It is very important to know some of the history of the area, so make a meeting out of it. This can make the trip more interesting. For example, when I was at Scotia Jam 2015, Scouts from the area would come up to us and put some blue paint on our nose to make us bluenosers. This was a way of accepting us because people from Nova Scotia are nicknamed bluenosers. There was also a Scotland themed station because the area was mainly colonised by the Scottish.

To conclude, it is key to give your leadership team the skills to lead, do some research on where you are visiting and educate your Scouts on the history and traditions of the area.

The Value of Youth Leadership

Volunteer Voice: Dirt Under the Fingernails with Scoutrees

Planning Your Summer Adventures on the Canadian Path

Reviving the Scouting Spirit in Antigonish

Scouting Life – June 13, 2018
Use Your Street Sense Safely Getting To and From Meetings
Safe Scouting

Use Your Street Sense Safely Getting To and From Meetings