This year, the 26th Halifax Scout Troop in Nova Scotia took part in the Junior High Engineering Design Competition hosted by Engineering Nova Scotia. It was a fun and challenging afternoon, and it presented those who took part with an opportunity to be creative around current issues of climate change, and to design and engineer a safer and more resilient environment to live in. And I’m very pleased to announce that through the hard work and creative spirit of our Scouts, a team from the 26th took home first prize for their design.

The main idea was to build something (what that was wasn’t specified, it could be anything) that would prevent toxic waste from spilling out of a container during an earthquake. The toxic waste was represented during the competition by coloured water, and the container was represented by a cup. The teams were not allowed to cover the top of the cup as part of their design, and the top of the copy had to be at least 10cm above the surface of the table. Teams were also provided with a variety of materials they could incorporate into their design: elastic bands, BBQ skewers, tape, string, popsicle sticks, and pipe cleaners.  Each item provided was priced, and the teams were limited to a total budget of $150.  For instance, a popsicle stick would set the teams back $10, so you had to be “wise in the use of resources.” 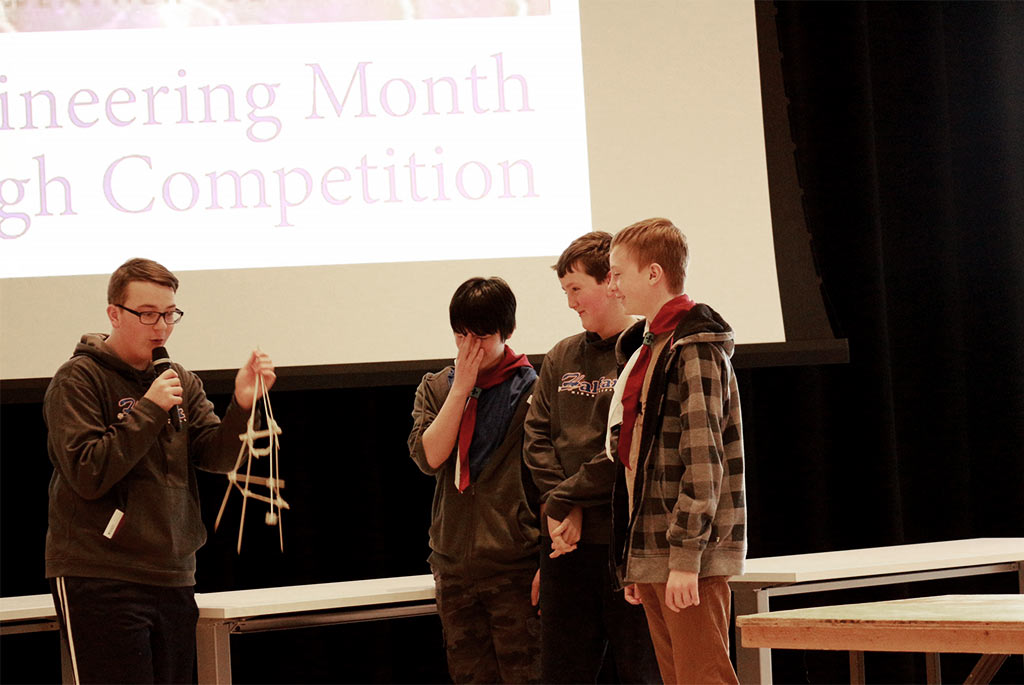 At the end of the allotted hour, the designs were tested using an earthquake simulator provided by the organizers, and the designs were judged on their ability to keep the “toxic waste” from spilling, as well as taking into account the overall cost of the design and the team’s presentation (sales pitch) of their design.

As a Scouter, I was proud of our Scouts.  They understood the problem, worked together well as a team, and got a functional design working in an hour, under budget. In relation to the overall turnout for the event, this in and of itself was an accomplishment: most other teams weren’t able to complete their designs.

Our Scouts created a design that came out as a tripod – something our Scouts have built in real life at camps – so in many ways Scouting gave them the basis for a good STEM design. Our Scouts have also had some prior experience with design and build. As a Troop we have made really good use of the “Let’s Talk Science” outreach program offered by Dalhousie University (letstalkscience.ca). So pioneering, combined with some design/build experiences as well as some fine teamwork served our Scouts well. In addition to this, Ryan Greene, who was one of the Scouts on the team, is a National Youth Spokesperson. He did a great job “selling” the design to the judges. Yet another place where participation in Scouting helped. 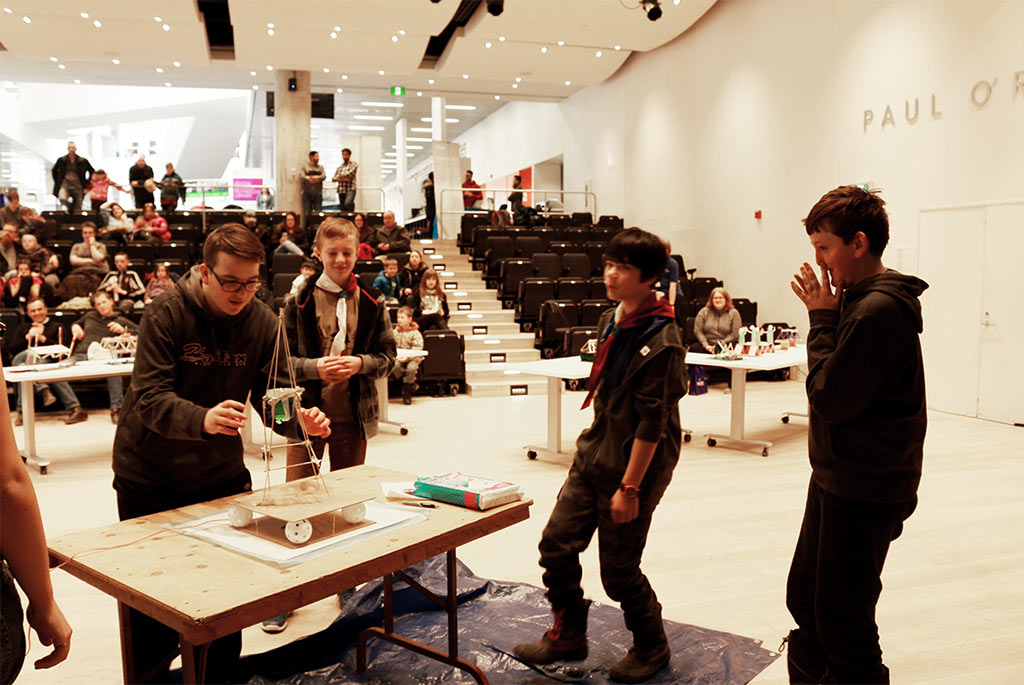 We all had a great time and a ton of fun. Through the great work of our Scouts we received $100 towards our CJ’17 fund for winning. I’d encourage everyone in Nova Scotia to consider checking out future events hosted by Engineering Nova Scotia. They host events during March, which is National Engineering Month. Maybe we’ll see you next year at the Design Competition!

Planning for a March Break Adventure in Canada
MyAdventures Blog

Poison Ivy and Other Hazardous Plants