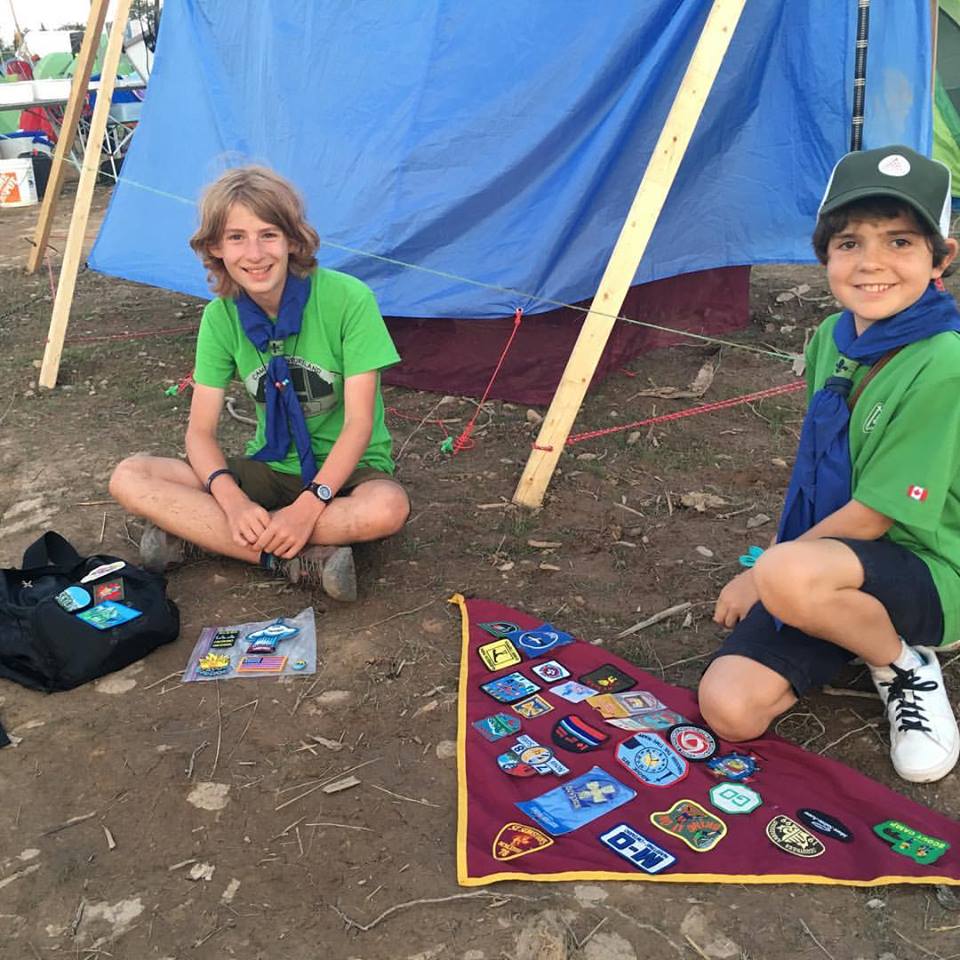 I was walking through St. Andrew’s Plaza, the central hub of CJ, when I noticed a large group of people crowded in the main tent. As I walked closer, I noticed that there were several people beside a sprawled out blanket, with varying amounts of badges on it. As I approached, I saw people swarming these blankets, which seemed quite strange. If this was a nature special they could have been mistaken for vultures circling their prey, however in reality, they were simply Scouts looking for the best deal.

In my sub camp in particular, badge trading was slow to the uptake and only three people had brought badges to trade. A sub camp is where all the various Patrols camp together during jamboree. A camp within the camp!

One night, my Scouter gave me a few badges to trade. It was only the second night after the opening and yet I still saw camps with their lights on for trading as you would see adults handing out candy on Halloween. I decided to approach a tent from Saskatchewan, and they told me all about how they got to CJ. I learned that they travelled by train and the challenges they faced while setting up camp – it was very muddy and wet. They then told me about a troop from Nova Scotia, who were literally 10 minutes away from the campsite but drove for 1 hour because there was no direct road from where they were to CJ.

Just like that, badge trading brought that conversation together. I learned all about Saskatchewan Scouting and even a funny story or two. Now, the next time I am trading, I can tell that same story to somebody else. And just like that, a story would pass through three Troops in the process of one night.

When I got back from CJ and reflected on my trip I began to realise how much community had to do with the whole CJ experience. If you needed help then you only had to ask a neighbouring Troop and, when that same Troop needed help you would return the favour. I could hardly remember a time at CJ where interacting and working with other Troops wasn’t necessary. But looking back, it’s a huge part of my entire Scouting career. You need to communicate when helping to build a fire or when setting up a tent. At CJ, I got to practice my communication skills with not just my Troop but with Canada and the rest of the world. Ultimately, CJ made me a better Scout.

Bring-a-Friend Events: Not Just for Beavers and Cubs

centralmaine.com – November 17, 2016
Get on the Path with the Canadian Path Starter Kits!
MyAdventures Blog

Get on the Path with the Canadian Path Starter Kits!

A Snowbank of Winter Activities and Tips

How To Adventure Video Contest