Word gets around, and for the 1st Smith Group in Alberta, the influence of their Scouting activity has been the talk of the town. Thanks to the Canadian Path, the once struggling Group has developed into a strong contributor to the community with a growing number of youth and Scouters.

Since the Canadian Path was introduced, the 1st Smith Group has expanded by an impressive 53.8%, with Scouters and youth actively engaged in local events throughout the year. Group Commissioner Michelle Sholtz took the time to describe the Group’s expansion and offer tips for other Scouting Groups located in areas with smaller populations.

“Being a new Group was a struggle,” Sholtz recalls.

It wasn’t until the Canadian Path program was incorporated in the Group’s second year that an invigorating and enthusiastic shift took place. “I’ll be honest,” Sholtz admits, “when the Canadian Path was introduced it was a little hard to adjust, but we really engrossed ourselves in it.”

Discovering the inclusive versatility of the new program, Sholtz found that the Canadian Path provided a wider range of activities and options, so that each youth could pursue their own ambitions and interests. “The Scouters immediately took that and flew with it, and our tiny hamlet in Smith has taken off with Scouting.”

The new program allowed for flexible goal-setting and enabled personal growth that was customized to each individual youth. The Group’s directional push was especially inspired by the Pack’s Akela, Katelynn Weinrich, and their Beaver Scouter, Chantelle Willis. 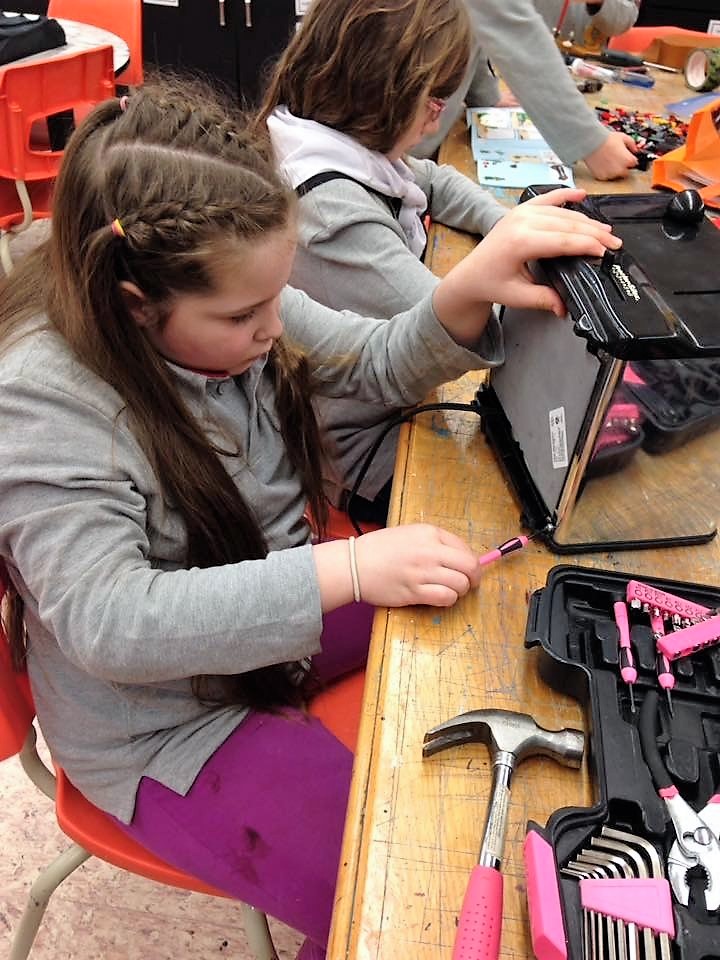 “The two of them have heightened our program,” Sholtz confirms of the Scouters,

They’re so approachable with the kids and they’re willing to help them try anything. Since the Canadian Path came out, it’s not a ‘do what we say’ program – it’s about asking youth how we can help them achieve their goals and experience new things. You might have kids that would rather explore science and shoot off rockets than enjoy outdoor camping.

In fact, last year the Pack decided they wanted to focus on the STEM program. Sholtz’s Cub daughter took a particular liking to the sciences during this time, and with the encouragement of Weinrich, her Akela, her passion gained momentum.

It’s gotten to the point where we have the microscope and colour mixing sheets on our table at home on a regular basis,” Sholtz laughs. “As soon as that light was lit by her Akela, my daughter just flew.

Beyond inspiring a new hobby, the STEM program has allowed Sholtz’s daughter to stay one step ahead with assignments in school. At their winter camp last year, the Cubs worked with a Trail Card to build a bridge. It just so happened that soon after, Sholtz’s daughter was assigned a bridge-building project in her science class at school. Her familiarity with the topic, provided by her Scouting experience, enabled an accelerated understanding of the class material. 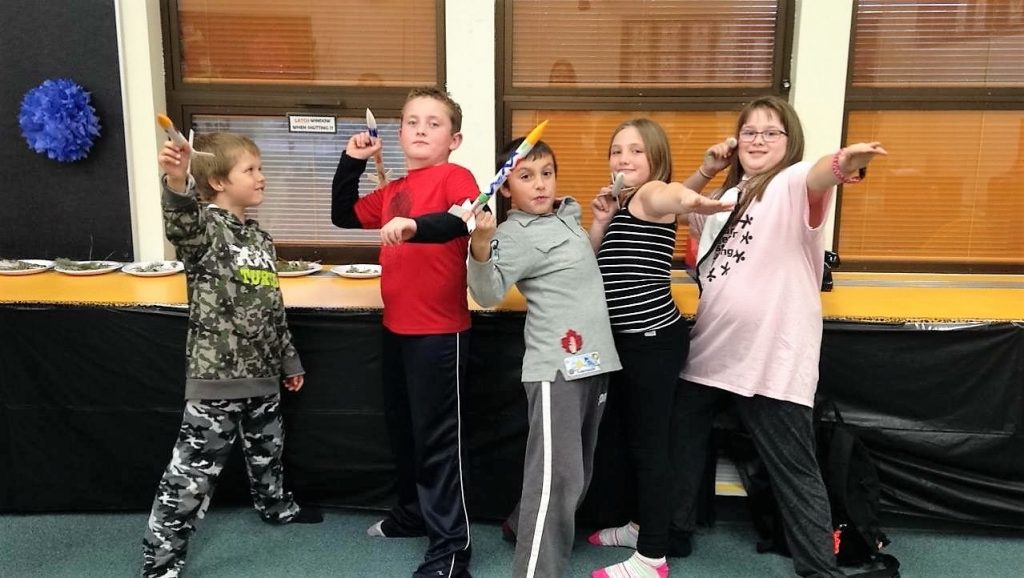 In addition to educational, safety and personal growth among the youth, the Group is also actively involved in the community. Smith is a small town, with only 75 students enrolled in school from grades K-12; however, this modest population has facilitated word-of-mouth recruitment for the 1st Smith Group.

As a Scouting Group, we’ve established ourselves,” Sholtz affirms. “For the past three years, the Scouting youth have carried the flag and led the town’s Remembrance Day march – an honour that the town has recently bestowed on the Group.

The Group also arranges a Christmas lighting ceremony each year in Smith, providing a decorated tree for the town, hot chocolate and even a visit from Santa for the community to enjoy at no cost. Additionally, the Group is active with the senior population. Under the guidance of their Beaver Scouter, the Group arranges dances and bingo for seniors, free of charge. As a beacon for communal engagement and service, the Group was recently asked to contribute a float in the town’s Fall Fair parade.

The dynamic between Smith’s Scouting youth and the community has remained healthy and reciprocal, according to Sholtz. “We may be in a small place, but there are so many ways that we can help with community building. As a result, more community members are willing to lend a hand with our events or fundraising.”

While their start was slow, the 1st Smith Group continues to excel in their town. “We’re going to be in Smith for a while,” Sholtz concludes enthusiastically.

Scouts Canada – May 7, 2020
Message from the Board of Governors
MyAdventures Blog

Richard Thomas, Chair of the Board – October 11, 2018
Mantracker
MyAdventures Blog

How to have Head Safe Adventures