Four months ago, my wife took me on the greatest adventure of my life. Together with our two daughters, we immigrated to New Brunswick. Our youngest daughter, Emma, was a Belgian Scout, so it was only logical for us to look for a Scouting group. We signed both our children up with 1st Evergreen Park Scouting.

I remember retrieving Elin, my oldest daughter, from her first meeting. When I arrived, one of the Scouters, Nathalie, greeted me with an extended left hand. I was prepared to encounter foreign habits in this country, but I had never heard of this custom. I was invited in by the Scouters hosting the get together and allowed to witness youth making their own plans for the year. 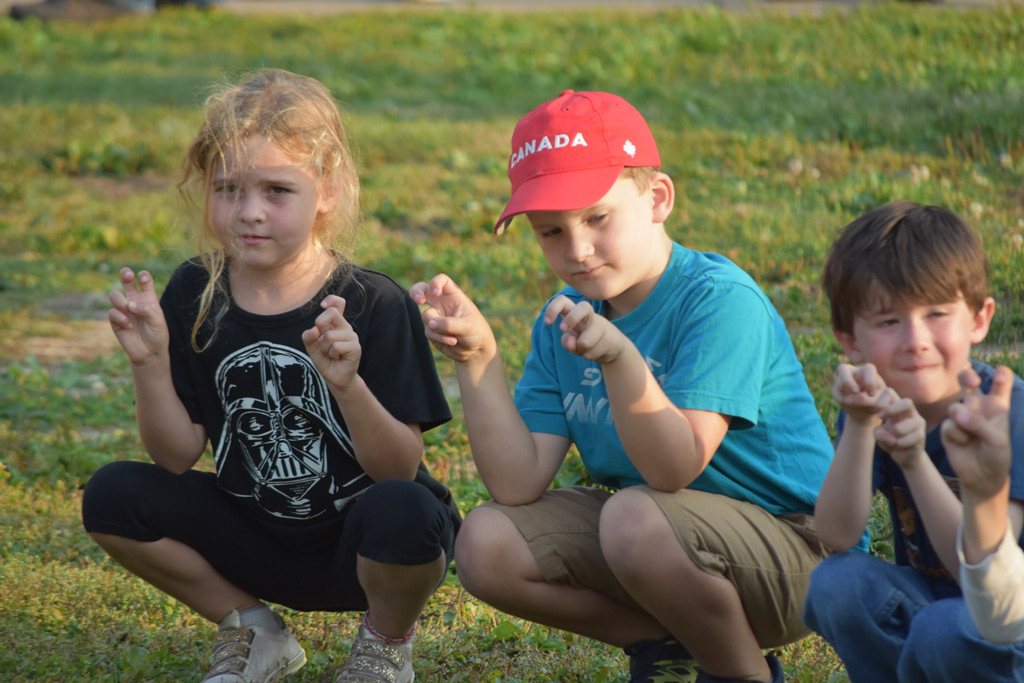 I have been a teacher for over twenty years, but I had never seen the maturity of these kids. They were discussing the structure and organization of their Group. After our first introduction to Youth-led, both my wife and I were sold. When we left Belgium for Canada, one of our resolutions had been to spend more time with the family. So we both decided to enroll as volunteers. Taking the online course and venturing out with our new friends, we took our first steps on our Canadian Path.

I will never forget the beautiful autumn Sunday when my wife and Emma were invested in Centennial Park. We felt like being welcomed into a new family. Seeing that Canadian flag lit up by the sun, gave me goose bumps.

And that feeling has been chasing me ever since. For not long after the investiture, we were part of a Remembrance Day Parade at the Coliseum. Standing in the middle of the stadium, in a borrowed shirt, remembering a war that was fought in the country I had left, sent shivers down my spine. 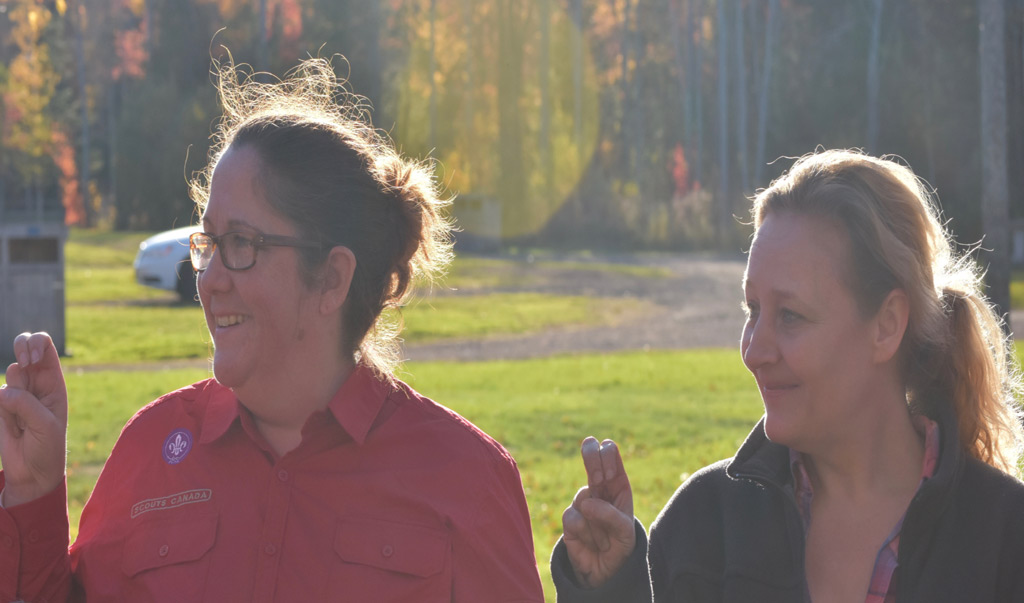 Moving to another country is never easy on a teenager, but being here, with these amazing Venturers supporting her, being true friends, pulled Elin through. Being in this Youth- led organization has given her the possibility to grow into a responsible young woman. 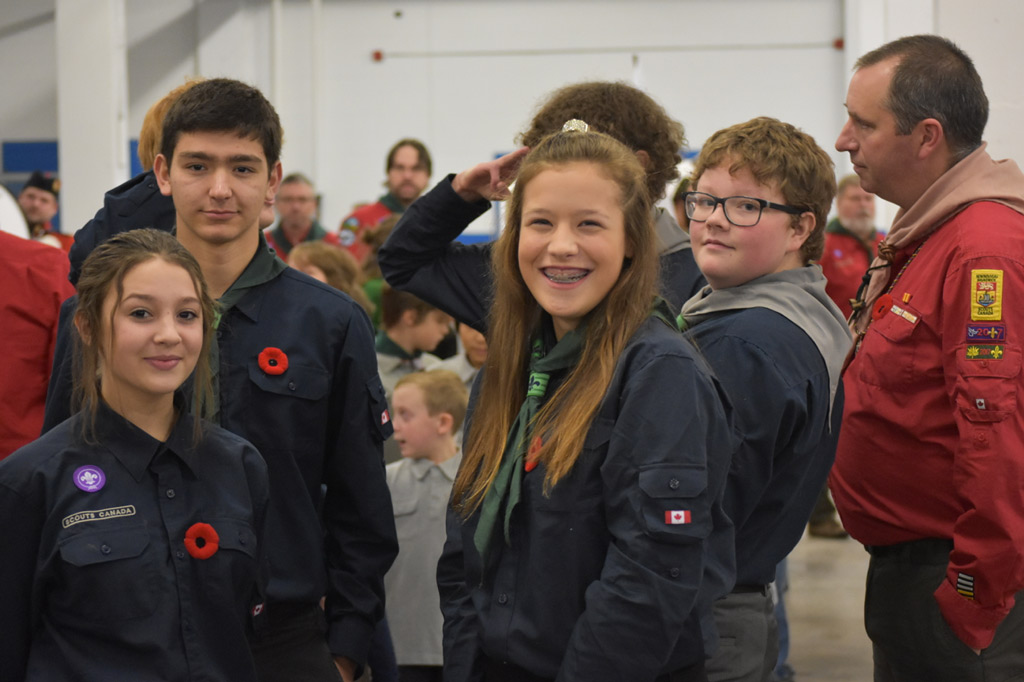 Star Trek, my first event as an aspiring Assistant Venturer Scouter, taught me the value of their unconditional friendship. Half of our company had set up an amazing quiz combined with an obstacle course, a real team effort. The other half, including my daughter, bravely went into the night, stuck together and finished with gratitude and pride on their faces. 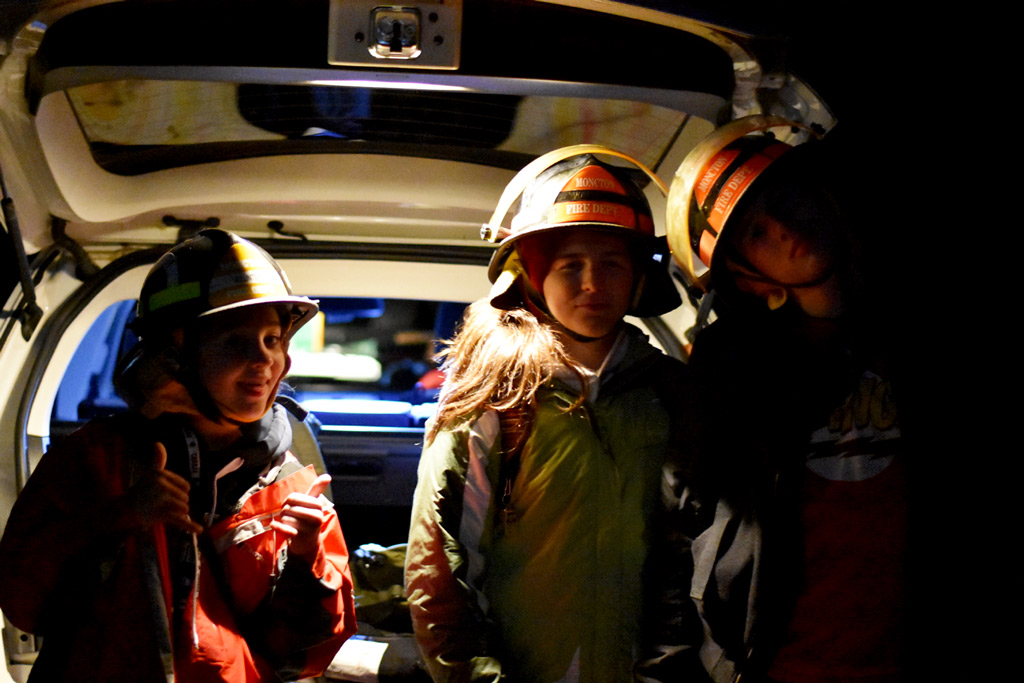 1st Evergreen Park Scouting has taken our foreign family in and helped make Moncton our new home within weeks. I have been given opportunities I could never have imagined. I am part of a team about to embark on the most amazing adventure ever: making survival settlements in the Canadian woods, building huts from scratch, canoeing down rivers and snowshoeing on Canadian Paths. 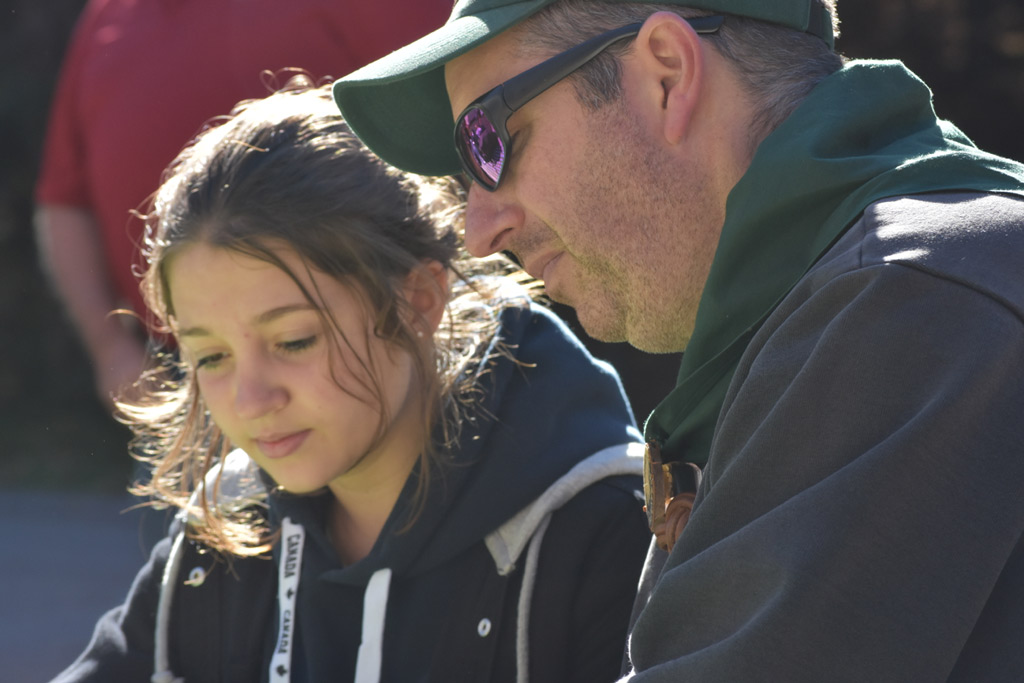 Get Hooked on Fishing with these 4 Safety Pointers
MyAdventures Blog

Get Hooked on Fishing with these 4 Safety Pointers

Scouting: Improving Lives One Day at a Time

Winter Camping: The Basics of Planning and Executing

Jeff Schroeder – January 22, 2016
May the 4th Be With You
MyAdventures Blog

May the 4th Be With You

Youth-Led — It’s All in the Details

I Didn’t Know…(How Scouting Would Influence My Life)