The month of May brings many things like warmer weather, spring camping—and Star Wars! May the Fourth Be With You (May 4th) is a fun day to celebrate the classic movie series, but what happens when you combine it with Scouting?

From May 4 to May 6, my 52nd University Heights Troop planned to attend a couch rally in Yorkton, Saskatchewan, while also attending a Star Wars Gala in the city. A couch rally is when you take a couch, put wheels on it and push it around the city to find as many landmarks as possible. When seeing a landmark, you must take a picture in front of it with your whole Group.

Our Scouting adventure, like most of them, began with a road trip. It took 3 cars and 3 long hours, but finally we were in Yorkton. The first stop of our big adventure was the Star Wars Gala, and we were all costumed like Star Wars characters for May 4th. I was disguised as a character named Jyn Erso from the newer Rogue One movie. In front of the building hosting the event, there was an ‘X-wing Starfighter’—a Star Wars version of a fighter jet—on display! 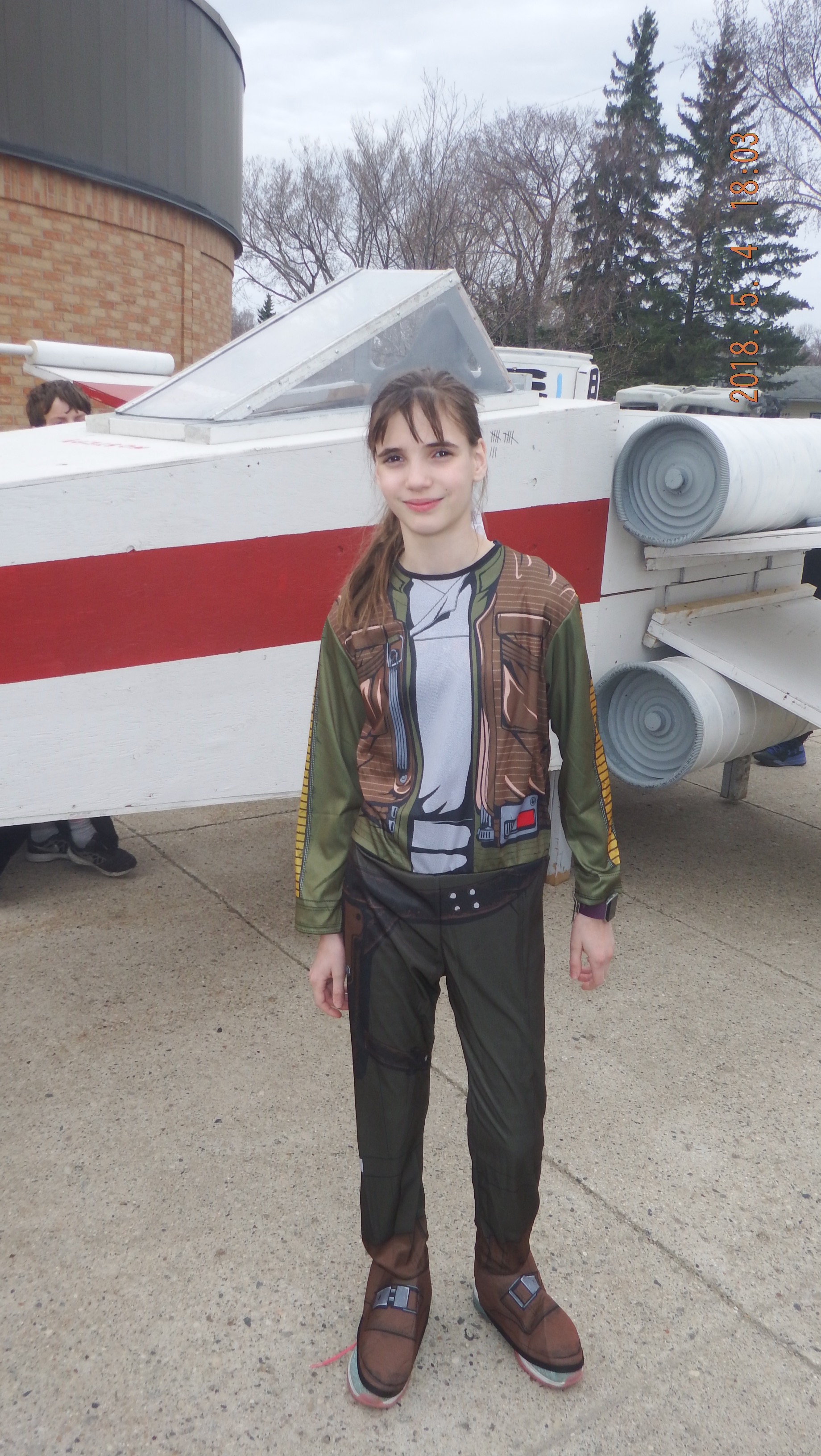 The Gala was fun, and had a Jedi Academy where we trained with lightsabers, ran an obstacle course, enjoyed egg runs, and more. After the buffet-styled dinner, there was an entertaining Star Wars quiz, but after a few rounds, it was getting late so we headed to camp. 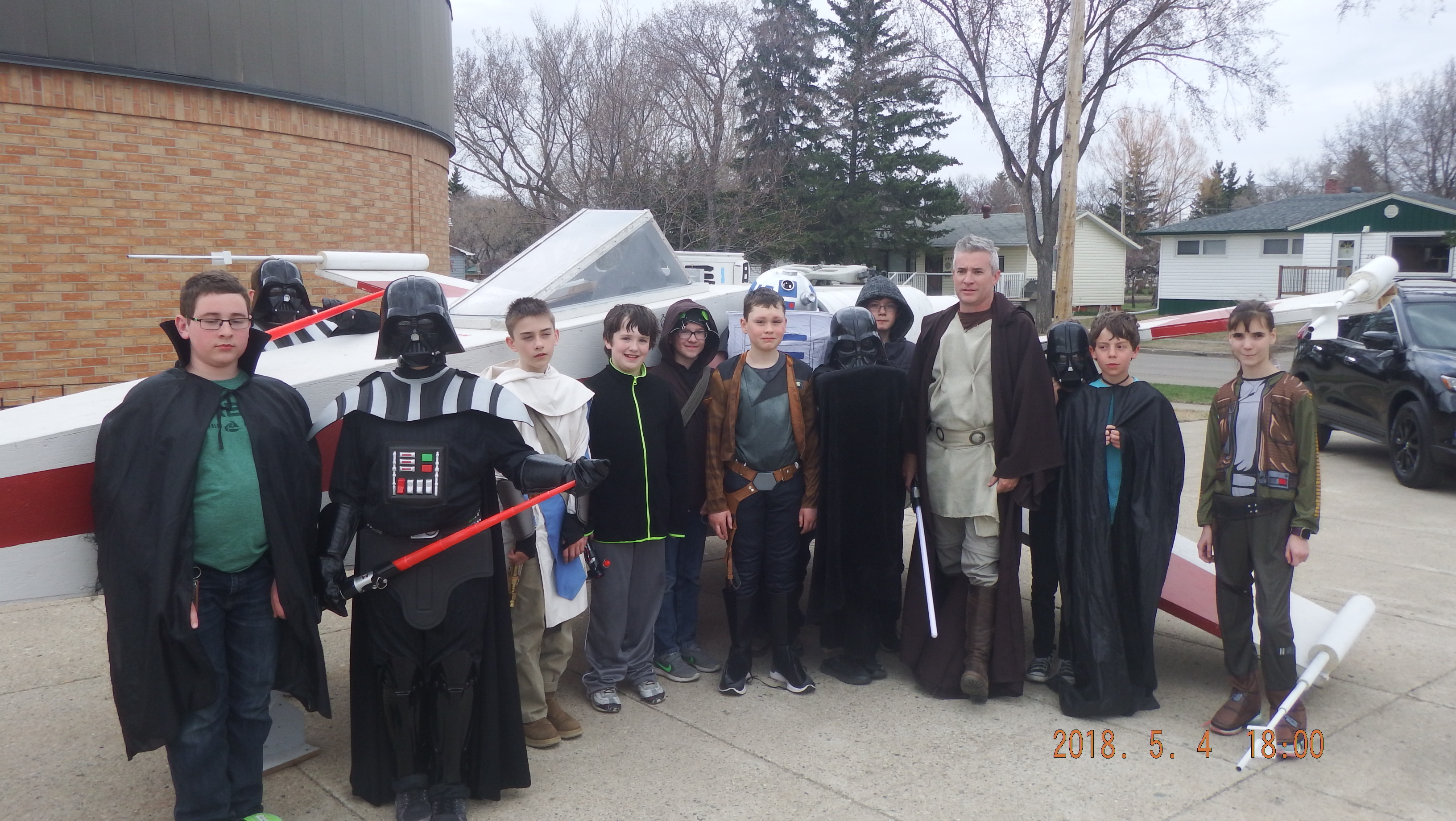 Here is where the value of teamwork came in. We were given the option of sleeping in a cabin or sleeping in a tent, and I made the not-so-clever decision to sleep in the tent—I had to set up my tent at 10:00pm! However, working together some Scouts helped me and I helped them, and we got all of our tents up before the rain hit.

The next morning we loaded up our couches for the rally and drove to Yorkton. Two other Groups were also joining us—a Venturer Company and local Scouts from Yorkton. The rally was challenging. Most of the time we had no idea where to go, but I really enjoyed exploring a city I am not from—with a couch. I must say, we had lots of people looking at us weirdly, but we had our full uniforms on with a Scouts Canada recruitment sign. Even though the Yorkton Group got the most points on the map, being locals, the most important thing was to have fun, and I must admit we had loads! 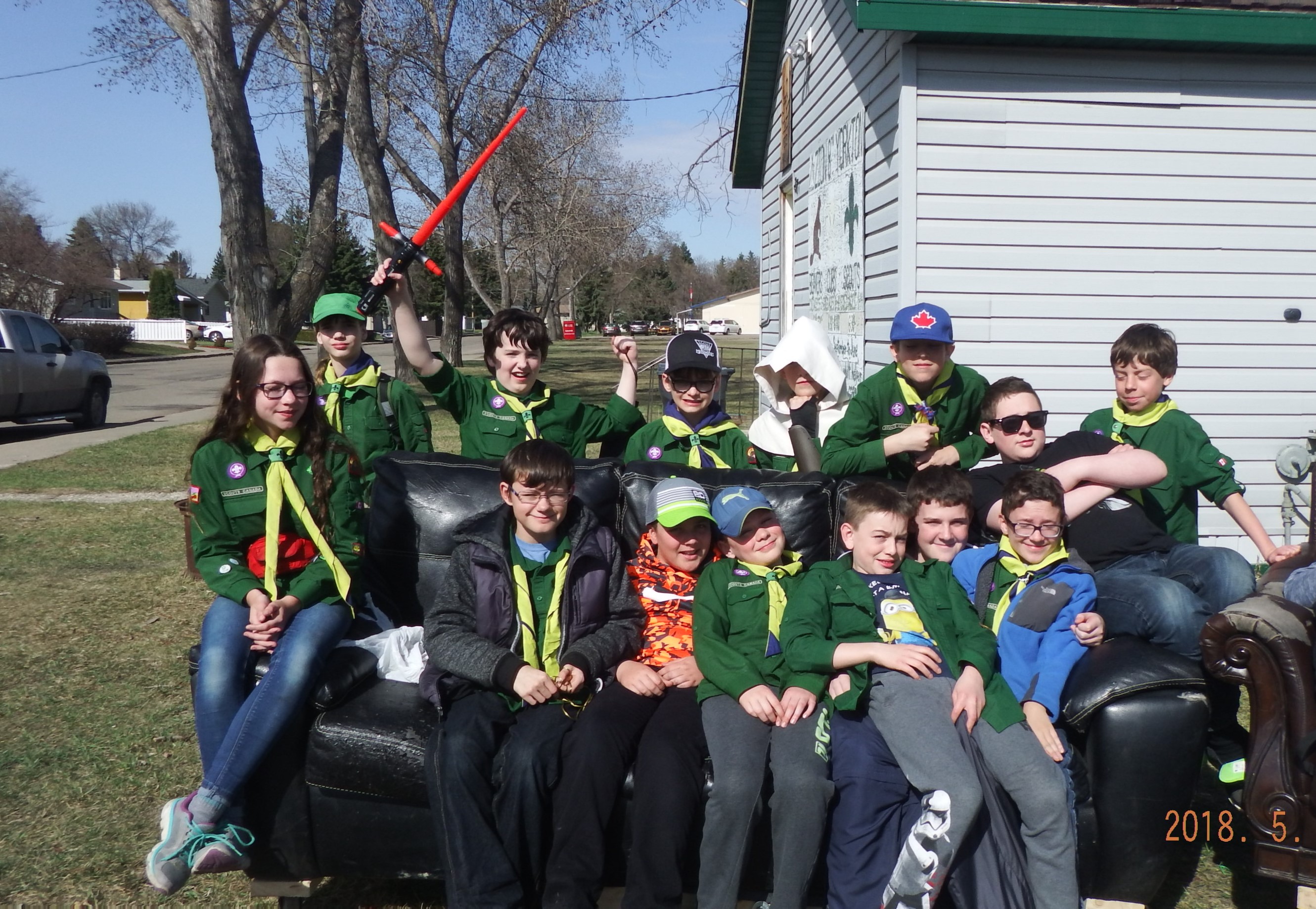 After the rally, the local Scouts invited us into their meeting place and cooked some hot-dogs for us. It was very nice to be able to share our experiences with Scouts from another part of the province. We learned about the different parts of their Scouting adventure and how it was similar and different to ours. An advantage in Scouting is that you can meet Scouting Groups from halfway across the country and still relate to them in one way or another.

To top it all off, we headed back to camp for a campfire and beautiful night hike.

Scouts Canada – July 8, 2016
The most memorable hike I ever did
MyAdventures Blog

The most memorable hike I ever did

What Happens at a Scouter Meeting?