Ottawa-based Group, 23rd Nepean, had a lot to celebrate after a hugely successful Scout Popcorn campaign in 2018, where they sold $11,550 more than they did the year before! What makes a fundraising campaign successful? Part of this accomplishment can be attributed to the Group’s Fundraising Coordinator, Natalie Little, who moved to Ottawa in Ontario just at the start of the Scout Popcorn campaign. 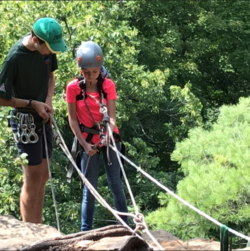 “Only one of the Scout Sections in the Nepean Group had done Scout Popcorn in the past, and they were successful with it,” shared Natalie, “Since I was coming from a successful Group in Calgary where I was the Popcorn Coordinator, my husband said, ‘Why don’t you try and do it for the whole Group since you know what you’re doing, and get it going.’”

Having arrived in Ottawa during the Scout Popcorn season kick-off, Natalie wasted no time in jumping into the 23rd Nepean groove. At their first Group meeting, she recommended increasing the number of Sections participating in Scout Popcorn fundraising. This took Natalie on a journey through the Group to get everyone on board.

Beginning with the Group Committee, she appealed to Scouters first in order to gain momentum for her cause.“You need the Scouters involved to make sure they help get the kids involved and get them excited about it,” she explains.

During the meeting, Natalie focused on the numbers. She described the ways in which the money from Scout Popcorn could benefit the Group directly, and how it would allow them to go on even more outdoor adventures without parents having to spend more money.

“By putting physical numbers on what adventures they could go on, or what extra things they could do, the Scouters’ eyes opened up on what this Popcorn campaign could do for the Group,” Natalie reflects.

With the Scouters on board, Natalie turned her focus to the 23rd Neapean youth. “I went to every single section meeting, I spoke to the kids, told them about all the adventures they could go on, but then I made it even more personal by really involving them in what they could get out of it,” Natalie continued.

With age and Section-appropriate gifts for the top three sellers, Natalie incentivized youth to participate. “I got them really excited when we decided we were going to have a party after Christmas to ‘Pie a Scouter’.”

This fun incentive is commonly used by Groups across Canada to engage youth in fundraising efforts. “$200 would allow the youth to pie a Scouter, and that is how I got the buy-in from the kids,” said Natalie.

Next, Natalie engaged Scouting parents in the process. As youth often require support from their parents while executing a fundraising campaign, Natalie involved parents through emails that included best practices—like how to be safe while fundraising, and how fundraising is a great team-building project. 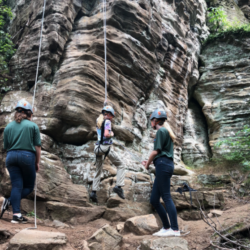 For 23rd Nepean’s campaign, it was really about making sure everybody involved was as informed as possible. “Half-way through the campaign, I sent another email and tried to visit the Sections again just to remind the kids what they were doing, reminding them about the [Christmas] party, sending out emails again to the parents,” Natalie concludes.

By following up on Group and individuals’ progress, Natalie was able to keep the team engaged. For the 2019-2020 Scout Popcorn campaign, Natalie plans to ensure she uses the tangible results from the 2018 popcorn sales to show how fundraising through Scout Popcorn has made a positive impact on their Group.