The 1st Lennoxville Cubs dedicated their last meeting to knots – a fundamental theme in Scouting and part of our Scoutcraft OAS program.

The evening was divided into two segments. In the first half our howlers learned various classic knots, such as half-hitch, reef knot, thief knot, and granny knot.

Practice included the ability to tell apart seemingly identical knots, namely the reef knot and the thief knot – a task which seemed tricky at first but became clearer upon a closer look.

Attention to detail was in order once we were asked to tie very similar knots one after the other.

We tested the reliability of firm knots as opposed to slippery knots, discussed useful applications of knots both inside and outside of Scouting, including the attachment of equipment and the securing of objects into place, recited the mnemonic ‘left over right, right over left’ as we performed the reef knot, and observed the difference between a knot tied onto itself and a knot secured around an object.

Once sufficient proficiency was mastered, the howlers were ready to proceed to the second half of the activity, which involved teaching the knots to the rest of the pack.

It was a pleasure watching the howlers passing their newly acquired knowledge on to their younger peers.

We thus achieved a double goal that night: the acquisition of a new skill by our young members and the invaluable experience of youth leadership. The former is a lesson in resourcefulness; the latter – the epitome of the Scouting experience. 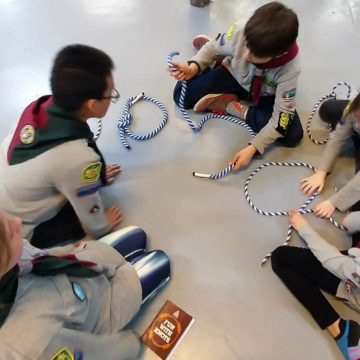 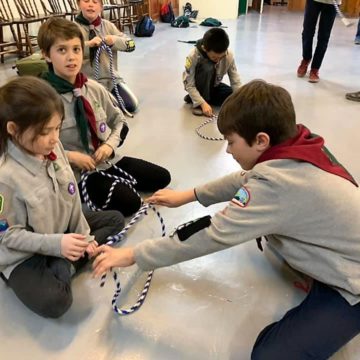 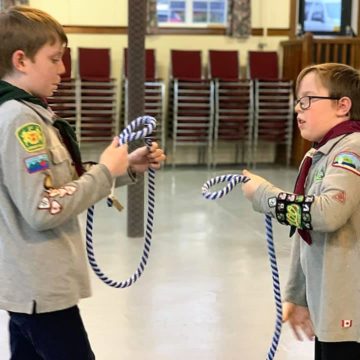