Our third-year Howler Cubs decided that spring camp would be carnival themed. In the weeks before camp, each Lair came up with a short list of games they would like to create.

At camp, Scouters dragged in a variety of equipment odds and ends, but each Lair had to scrounge the forest and kitchen for supplies, and barter with each other.

Green Lair created a tug o’ war and bean bag toss station, and Blue used the hill to their advantage to create a stick and rock multi-lane bowling alley. It took several rounds of risk assessment and safety plan before Red Lair was allowed to open their javelin throw range for business, but they did. Complete with coveted walking stick prizes.

Special attention must be paid to Yellow Lair, whose original plan was for a roller coaster(!) Using cardboard to create a slide, branches and a box for a car, they attempted to get their idea “off the ground”. When gravity wasn’t in their favour, the redesigned ride involved two Cubs shaking the car in a “4-D experience” while the rider tried to throw a bean bag on a moving target. An impressive demonstration of tenacity, creativity and ingenuity. 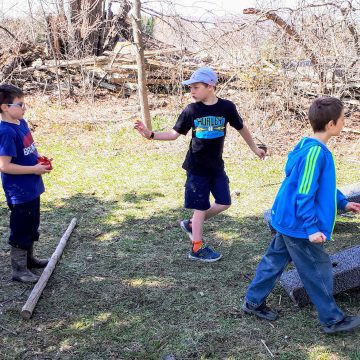 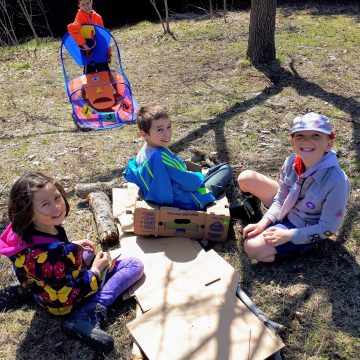 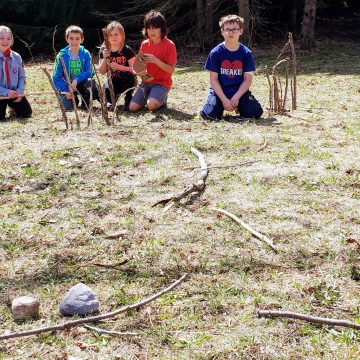 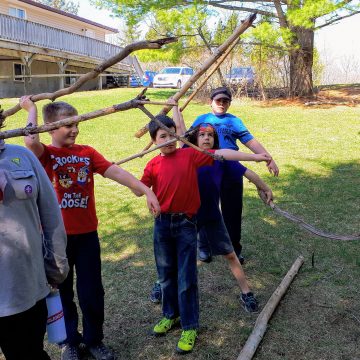 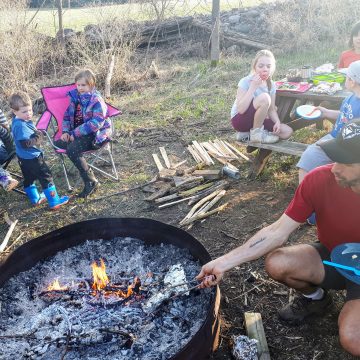 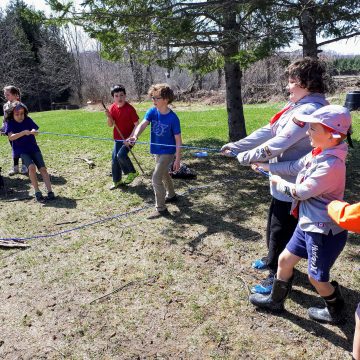