The Ottawa Senators host a Scout Night hockey game, and this was our second year in a row attending.

This was fun and exciting – it was many of our Cubs first hockey game ever! It was an exciting game, where the Senators beat the Penguins 6-4!

The thing that I love about these special events where we travel far is that I will ALWAYS see people I have met before on the path. Like the Scout that we worked with at TSR Work day and the Scouter we met at the last Beaveree at Apple Hill.

The more you immerse yourself in the Scouting World, the smaller the World becomes. No matter where we go we meet up with familiar faces. And if we don’t know you yet – we quickly start chatting! This shows our youth that while they may be from a small town, the World of Scouting is large, and you are a part of it! 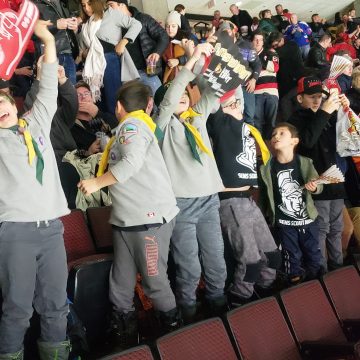 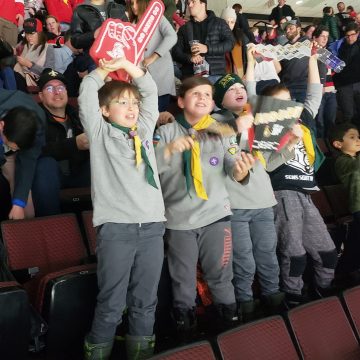 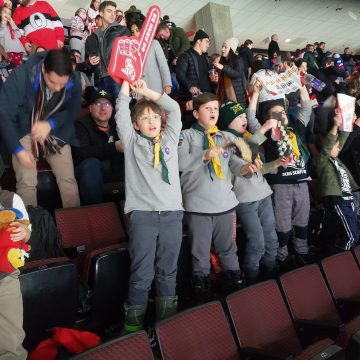 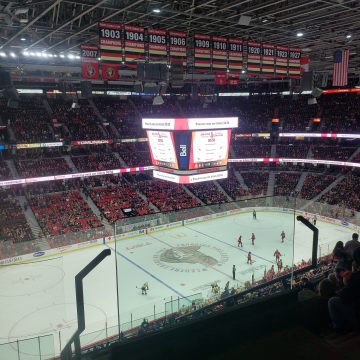 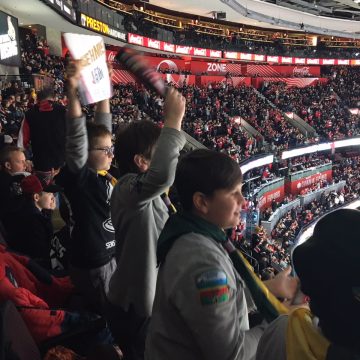 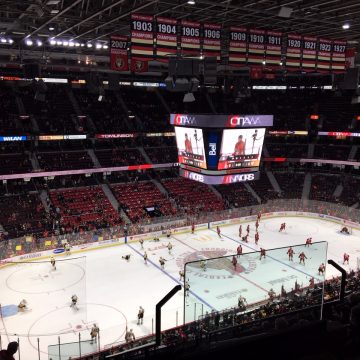 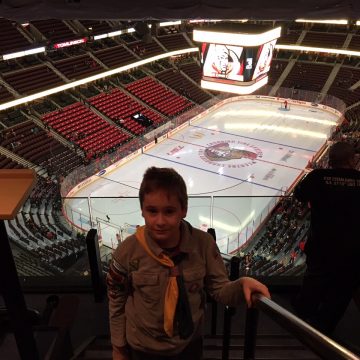 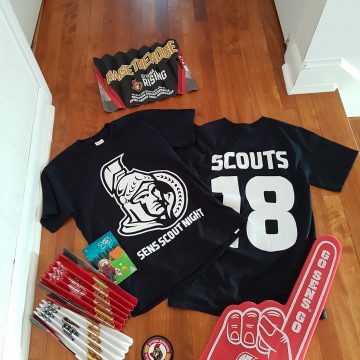