The Cascadia Council, Fraser Valley Council and Pacific Coast Councils are pleased to congratulate the 71 Venturer Scouts from across British Columbia who were presented with the prestigious Queen’s Venturer Award by The Honourable Judith Guichon, Lieutenant Governor of British Columbia and Provincial Patron of Scouts Canada, on April 22, 2017. 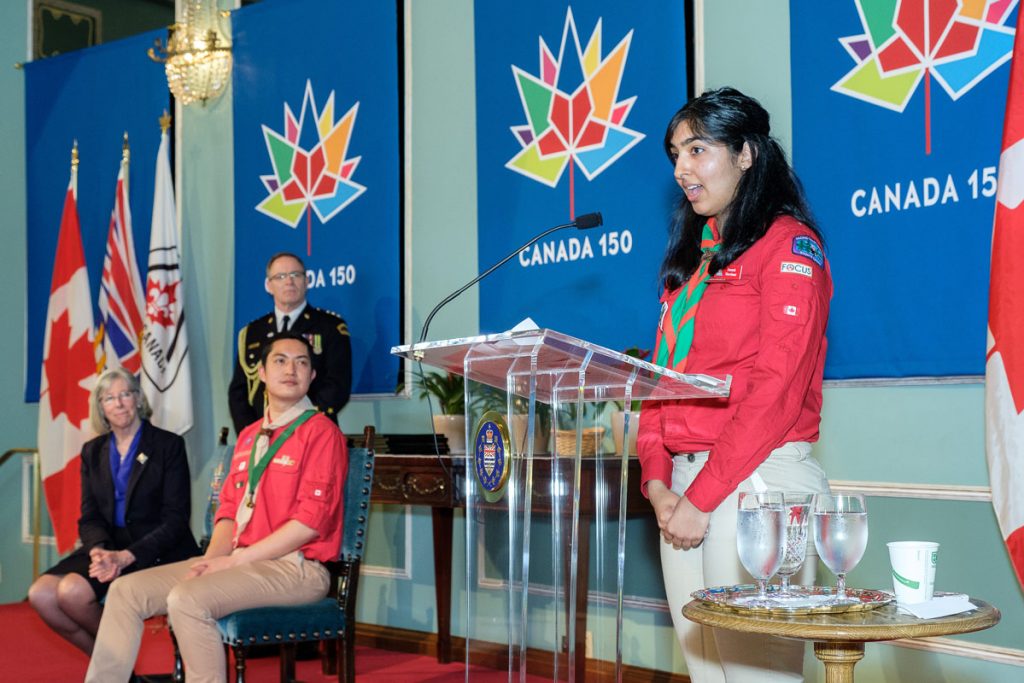 These awards are bestowed by the Governor General of Canada, who serves as Scouts Canada’s Patron Scout, to recognize the outstanding achievements among Venturer Scouts (aged 15 – 17 years). The ceremony was also celebrated as a Canada 150 event hosted by the Government House of British Columbia in Victoria, in partnership with Scouts Canada. 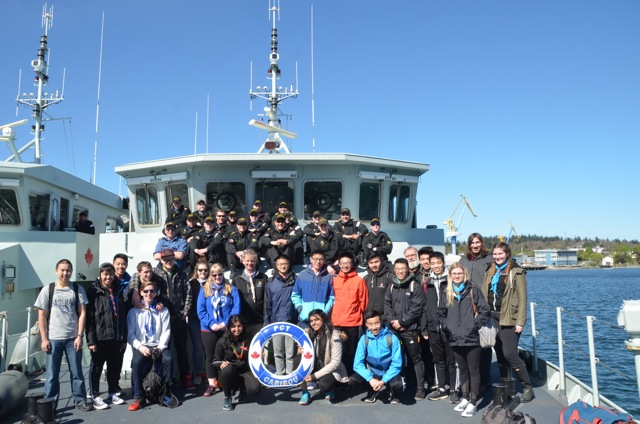 On Friday, April 21, 2017, after a lapse of five years, 45 Venturer Scouts and 5 Scouters sailed aboard two Royal Canadian Navy Orca Class vessels – PCT Caribou 57 and PCT Renard 58 on a 6-hour Day Sail. The vessels sailed from Vancouver’s Coal Harbour, under the Lions Gate Bridge across Georgia Straight, through the Gulf Islands, and into Esquimalt Harbour in Victoria.