The Camp Around Nova Scotia Award was implemented in 2017 to encourage the exploration of Nova Scotia, as well as the better utilization of our Scout Camps. Though it is not a requirement to camp on a Scouts Canada property, the Nova Scotia Council has a number of great camps available!

Requirements for Each Piece:

Each section of the crest is sold for $2.50 from the Atlantic Service Centre. The entire crest is a whopping 12" long by 4" wide.

Earn each section of the crest as you explore the province! Many great, safe scouting adventures are waiting! 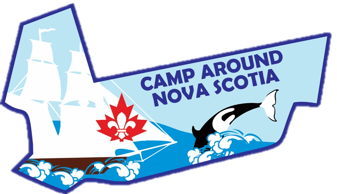 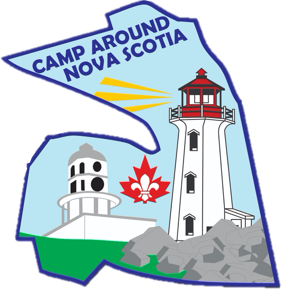 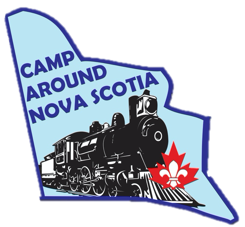 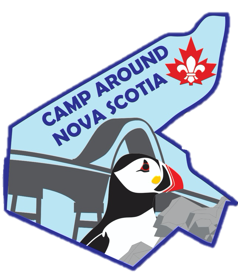 All of Cape Breton Island