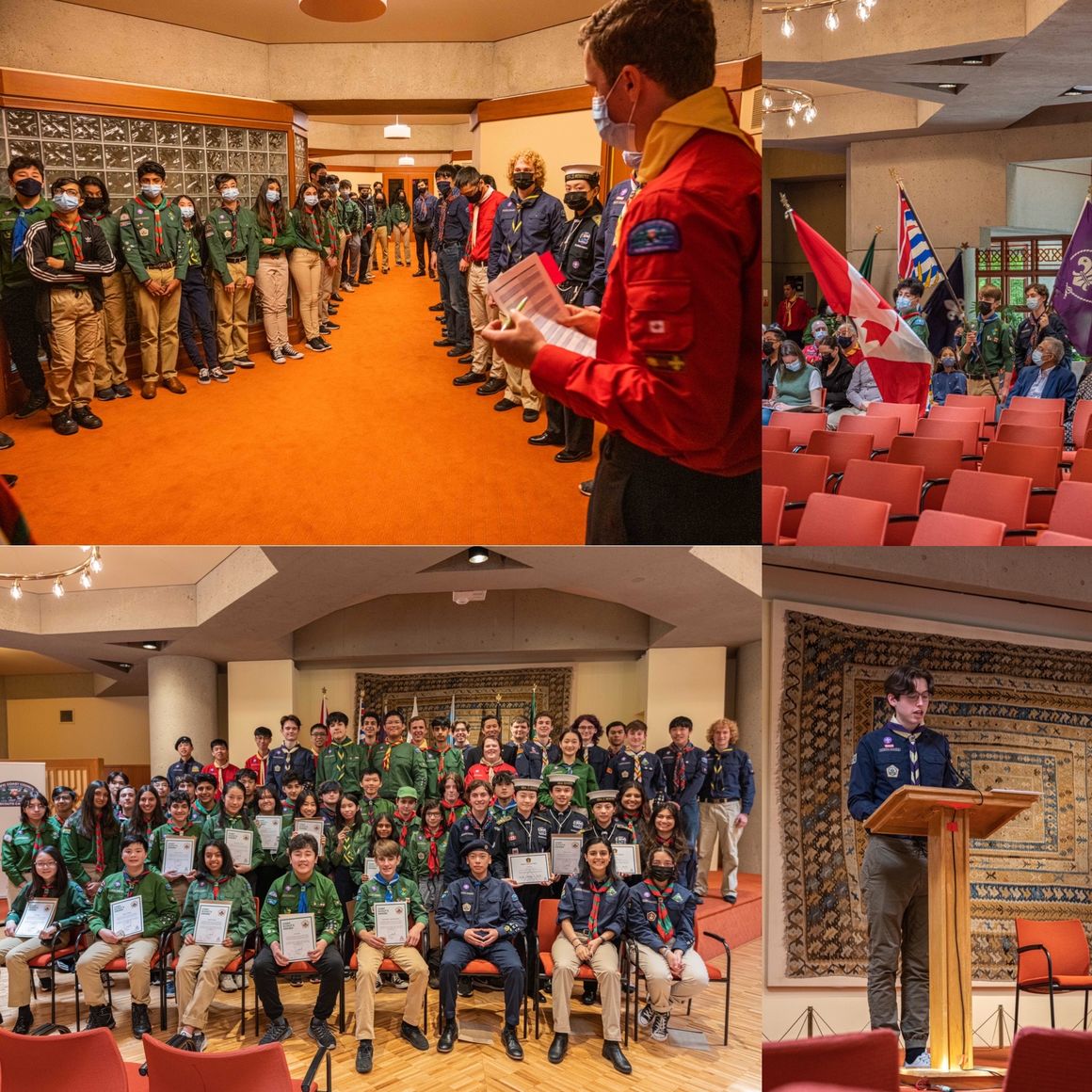 Each year, the Pacific Coast Council hosts an award ceremony for all the youth within the council who have shown exemplary service both within and outside of the scouting community. For scouts, this award is known as the Chief Scout's Award and for the Venturers, it is known as the Queen's Venturer Award. Each of these awards is the highest award of their class and is not to be taken lightly. Today, May 28th, 2022, I had the honour to be able to gather the very youth who have taken that extra initiative and commend them for their actions. This was our first award ceremony since 2019 so there were many learning curves in the process however, that never stopped our planning committee from making it a reality. To put it in simple terms, I was thrilled to be able to see the faces of each and every youth present.

It became very clear that each and every one of you really truly embodied the principles of scouting. Hearing about each of your service projects was an emotional moment and being able to give you all a fist bump as you crossed the stage was an absolute honour.

The youth of this community never fail to impress me. You show me that there are in fact people in this world that would do anything to benefit the people around them and that is what I have always appreciated about scouting. If you are a Chief Scout, congratulations. Hopefully you will be moving onto venturers next year and we will have the chance to see you once again as you pursue the Queen's Venturer Award. If you are a Queen's Venturer, I praise you. This award is no small feat and your ability to complete the requirements has demonstrated a significant level of courage and compassion for the world around you. Hopefully you will move onto rovers and continue your career in scouting.

Let this day be marked forever as the day that the Pacific Coast Council received it's next batch of global leaders.