Ottawa, ON – May 2, 2022 – According to Scouts Canada, the country’s leading co-ed youth organization, the average Canadian may be surprisingly stumped by camping basics. Outdoor and camping skills are good for more than just a fun weekend in nature; adventure-based play outside leads to better-developed motor skills, social behaviour, independence, and conflict resolution skills that support physical and mental wellbeing in youth development.

The recent national survey of 1000 Canadians uncovered the following:

14.9% of Canadians simply said that they don’t know.

Asked which plants from a list of wild plants were safe to eat, 46.7% of Canadians flat out admitted they had ‘no idea.’ A total of 26.4% of Canadians incorrectly identified wild plants such as Winterberry and Buckthorn as ‘safe to eat’ (they are NOT.)

“We’re having a little fun with this survey, but the real point is that we wanted to understand the gaps that Canadians are facing in their connection with nature and important outdoor skills, and how Scouting meets that need by grounding kids in real-world experiences that prepare them for life,” said Siobhan Ward, Youth Program Specialist and Rover Scout with Scouts Canada. “When families and youth in Canada are empowered with skills to enjoy fun outdoor adventures with confidence and safety, they are also set up for success in the world as resilient, capable and well-rounded individuals.”

Asked to rate the camping competence of ‘most Canadians’ respondents of the survey were generally positive with 61.7% answering ‘Ok.’ 12.0% optimistically said ‘high.’

4) Canadians question their own camping competence

Asked to rate their own level of camping competence, only 36.3% of Canadians said ‘ok,’ while 39% Admitted they’re skills are poor at best, if not outright dangerous (as in-- burn down the tent kind, drink from a puddle, couldn’t make it through the night kind of ‘dangerous’).

Asked how to properly dry wet clothing and gear, almost half of Canadians (46.9%) said ‘they don't know.’

On the plus side, 36.0% correctly responded ‘wring out and drape.’

Canadians generally don’t seem confident in their ability to set up a tent. Asked how long they thought pitching a tent would take them, 35.7% said ‘they have no idea’ (suggesting that it might take a while.) Conveniently, the average Scout can set up their own tent in 15 minutes.

Asked what Canadians considered to be their biggest camping mistakes, respondents had a variety of colourful anecdotes:

a) “Sleeping in a tent and cougars were mating in the middle of the night … claws through the tent …”
b) “Eating moss”
c) “Forgot glasses”
d) “Going to outhouse in the dark”
e) Flooding related issues including: “set up tent facing rain so filled with water,” “Groundsheet set up incorrectly so caused massive flood.”
f) “Locked key in car”
g) “Ran over my phone”
h) “Burned tent with hot lantern”

About Scouts Canada
Kids and young adults in Scouts chart their own path of discovery. Through a variety of fun experiences with friends, outdoor adventures and contributions to their community, Scouts build resilience and skills that set them up for life. Scouts Canada is the country’s leading co-ed youth organization, offering programming for children and youth aged 5-26 in multiple languages, reflecting Canada’s multicultural landscape and communities. For more information, visit Scouts.ca.

Scouts Canada is a not-for-profit organization (Charitable Registration No.10776 1694 RR0028) and a member of the World Organization of the Scout Movement. 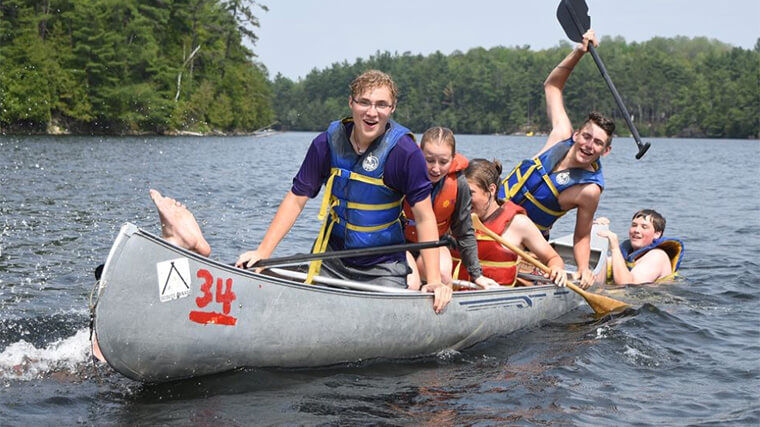